Thursday, September, 27th, 2018, in Marrakech (Morocco), at the Beldi Country Club, was held the first day of the second World Summit of Women in Africa (WIA) Initiative, the first international platform dedicated to the for economic development and support of leading and high potential African women.

The two main ambitions of the WIA Initiative are 1/ to reveal the potential of the new generation of African women leaders and 2/ to network African and international women leaders in the service of an innovative and inclusive Africa.

The 2018 cross-cutting theme of this 2nd Annual World Summit embodies this dual ambition and the current transformation of the continent: “Watch Africa with confidence, trust in its talents”.

What you must remember

During this first day, the 480 women and men, from 70 countries including 52 African, attended and participated in varied and complementary programs to feed their thoughts, enrich their networks and their knowledge on the key topics and carriers of Africa.

Hafsat Abiola, WIA Initiative President, said, “We believe that when women connect with each other, a unique magic happens. You are even more numerous than last year and come from a wide variety of African countries. This year, one of our two major themes is trust. We must trust in ourselves and others, with the conviction that we have the power to turn our dreams and visions into reality. (…) Do we need women and the WIA Initiative? Yes because we know we are the key to developing entrepreneurship and women’s leadership in Africa. Through your dynamism you are a model for our girls. Wherever women enter the continent, they enable the economies of their countries to grow. ”

The Counselor of His Majesty King Mohamed VI God assists him: “Africa, today more than ever, is advancing resolutely in its quest for emerging power status and needs innovative and targeted initiatives. Africa needs women leaders and all of its female skills, including business leaders, community actresses, and many other actors to help change the situation in their respective countries and invest their great potential. at the service of a strong, united and confident Africa in constant evolution and firmly committed to embrace a better tomorrow. And that’s the whole sense of the noble and commendable mission of the Women In Africa Initiative. ”

Aude de Thuin, the founder of WIA Initiative, “With WIA Initiative, wherever women go, they will have someone to connect with. With its platform, WIA Initiative aims to contribute to the economic development of women on the African continent “.

Akinwande Oluwole Babatunde Soyinka, Nigerian playwright, poet and essayist, Nobel Prize winner for Literature, “We are here in Marrakech as privileged people, but the Women In Africa Initiative also speaks of millions of women in the shadows”. In his speech, both poetic and political, he called “not to let go of the opposition to the education of girls.”

On the theme “Trust, prerequisite for an inclusive development? “The first plenary declined a crucial topic for the empowerment of African women: Trust in Africa and women

In the afternoon, 6 African women leaders from the diaspora shared their experiences and witnessed personal or professional circumstances that led them to return to Africa rather than elsewhere and allowed them to succeed.

Advocacy for women’s entrepreneurship in Africa

Solange Rockhaya, WIA Initiative ambassador to Senegal, presented the results of the brainstorming organized by Kaos Consulting during the West Africa Regional Summit held in Dakar on April 12th, 2018 and sponsored by the WIA Philanthropy Foundation.

During this event, 200 participants took part in a reflection to identify solutions to encourage, support and promote women’s entrepreneurship in Africa. The brainstorming was then put online so that members of the WIA Initiative Community could participate.

4 sessions of the program They Make Africa

During the day, this original program designed by the WIA Initiative with the support of the L’Oréal group, gave the floor to exceptional women from 5 regions of Africa. As true agents of change, they presented their journey and their vision for their country, region and continent.

Patricia Nzolantima (DRC), entrepreneur, author, “philanthropist” and Country Manager of Comuni’Cart – WIA Initiative Ambassador: “I believe in African women, and I tell myself all the time that these women will change Africa, but for that, we must believe in ourselves, and in others (…), it is our greatest strength. Success is a path and not a goal in itself. You must never let anyone tell you that you will not be able to get there ».

Irene e. Kiwia (Tanzania), Founder and President of Frontline Management – WIA Initiative Ambassador: “Connect with people, collaborate, share, open doors, launch programs and products, because without collaborations, we can not progress in the transformation process of this continent.”

Rama Diallo Shagaya (Senegal), Managing Director of Orange Finances Mobile: “Young people leave because they do not see opportunities in their country. Admittedly, we have serious economic problems but there are opportunities everywhere and often in its immediate environment. It’s not all about advancing alone. You have to create or create the opportunities to move your project forward. ”

Bertha Dlamini (South Africa) – WIA Initiative Ambassador – “We need to target the areas where we can invest in research, synthesize data and make it easily accessible.”

With its Labs program, conducted in collaboration with Deloitte, WIA Initiative aims to mobilize collective intelligence (women and men) for a better representation of women in the African economy.

This first day of the WIA Initiative’s 2nd Annual World Summit ended with the Revelations Night, during which the promotion of 54 women from the WIA Entrepreneurship Program 54 was officially revealed to participants and media attending the Summit, enabling these young women talent to benefit from international visibility.

Alexandre Maymat, head of the Africa, Asia & Overseas Société Générale group, « “The continent is driven by entrepeneurship. Entrepreneuship is a necessity not an option, you, Women of Africa, are the soul, the fire, the future of the Continent ».

8 of these laureates have “pitched” their entrepreneurial project:

Launched by WIA Philanthropy, with the support of Société Générale and in collaboration with Roland Berger, Program 54 selected 55 projects for 52 countries represented (1,200 applications). It enables these young entrepreneurs to be networked, to gain maximum visibility through the social media of the Foundation, WIA Initiative and partners.

After having attended a boot camp organized by Honoris United Universities on September, 25th and 26th, 2018 and hosted on one of the institutional campuses of the network in Marrakech (EMSI), these laureates will each benefit from a personalized and graduated training (certificates, masters , training in one of the 8 institutions accessible on one of the 48 campuses or learning centers. 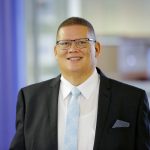 FNB Namibia has a long and proud history of supporting the development of many sport codes in Namibia. “Our relationship with the codes we sponsor […]

The Chinese business community remains one of Namibia’s strongest allies as it continues to vastly contribute to the socio-economic development of the country. As such, […]