A year after their unresolved first fight, which ended in an unsatisfactory draw, rival middleweight champions Gennady Golovkin and Canelo Alvarez go at it again in Las Vegas this weekend, with both vowing to leave no doubt as to the winner.

The biggest fight of the year will be broadcast live on SuperSport 2, with DStv crossing to the US at 02:00 to take in the early action before the main event.

Both fighters have stewed in the past 12 months, Golovkin because of Alvarez testing positive for doping and Alvarez for “GGG” constantly calling him out on it. While the first fight had ample smack talk, as per boxing’s great tradition, the animus in the rematch is genuine. The needle between the pair is tangible, as are their savage instincts.

The first fight was notable for Alvarez’s size – he was huge – and for the Mexican’s preference for boxing at a distance, clearly alert to Golovkin’s power. It served to frustrate the Kazakh’s punching and Golovkin had a hard time landing squarely, even though most believe he did enough to win.

Golovkin has the best, most accurate jab in boxing, but he’s a man who likes to hurt his opponents.

After losing to him in 11 rounds in 2015, Martin Murray remarked, “it felt like I was giving birth, that’s how bad the pain was, and he was just there with his little smile, throwing more punches.”

Alvarez has both a tidy defence and a solid chin, but he won’t relish close-quarter battle, which is why the fight will likely play out largely as the first did, albeit with both boxers making adjustments. Golovkin must start faster and apply more pressure and Alvarez must back his punching – he has 34 knockouts in 49 wins – to impress the judges.

“This is 100 percent the biggest fight of my career,” said Golovkin. “I hope it is going to be a better fight than the first one.”

Alvarez admitted to being bothered by the barbs from Golovkin’s camp: “I don’t know which one to laugh about or get angry about, but their statements are all excuses for the loss they will take this Saturday. I have been using all these statements as motivation for my fight on Saturday. I know that it can be dangerous to go in the ring with a hot head, but I have experience.

“I know how to use this anger in the ring intelligently. I’m happy for all the support the fans give me, and I will give them a great fight.”

Former champion Oscar De La Hoya, who is promoting the fight, has no doubt as to what is required. 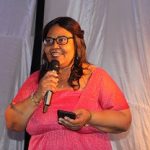 On average three (3) children are diagnosed with cancer every week in Namibia. These are the shocking new statistic documented by the Namibia National Cancer […]

In life we all have dreams of achieving our ultimate goals. Some would want to test their character by swimming in a shark tank while […]

Money mistakes to avoid for growing your financial wealth

Having control over your finances and being able to grow your wealth annually can be liberating, however, if you keep making mistakes that bleed your […]

The UPM appreciate the action taken by the Minister of Urban and Regional Development, to suspend the Rehoboth Town Council, as the Party has over […]