MultiChoice Namibia is excited to announce that it has acquired rights to the brand-new UEFA Nations League and a host of international friendlies.

DStv and GOtv customers will be treated to a festival of European national team football on SuperSport, played during the FIFA break starting this week.

Viewers will be able to watch over 25 matches in the next 6 days every single night from Wednesday 5 September to Tuesday 11 September, featuring European nations which fared so well in the recent FIFA World Cup.

The tournament will be broadcast live on SuperSport’s multiple platforms which include TV, online via the DStv Now App and digital.

Other crackers on match day one of the Nations Cup include England against Spain on Saturday and Portugal against Italy on Tuesday.

Roger Gertze, GM of MultiChoice Namibia said; “we are very excited to bring this new tournament to our loyal customers. Football fans need not be worried as international football breaks will remain packed with football on SuperSport. Only the World of Champions on DStv and GOtv provides you with a front row view of all the football that really matters.”

To be played biannually, the tournament features all 55 UEFA member associations divided into four leagues; League A, B, C and D. Grouping of the teams into leagues is according to their rank in the UEFA rankings to ensure that they are evenly matched.

League A is made up of the top 12 ranked nations. The 12 are subdivided into four groups of three.

League B is made up of nations ranked from number 13 to 24 and they are also subdivided into four groups of three.

League C consists of the nations ranked from number 25 to 39. This league is also divided into four groups. However, three of the groups have four teams each whilst the fourth group has three teams.

League D is made up of the 16 teams ranked from number 40 to 55. This league is subdivided into four groups of four.

The tournament’s champions will emerge from League A. The four group winners will from this league will contest the semi-finals, third-place playoff and the final, all to be played in June next year. Nations finishing at the bottom of their groups in this league are relegated to League B.

No team gets relegated in League D but group winners do gain promotion to League C.

A second chance to qualify for Euro 2020 is another element that will ensure that the tournament is competitive.

Should the 16 Nations League group winners or the next best placed teams fail to qualify for Euro 2020 during the qualification campaign scheduled to start in March next year, progress to a playoff to compete for the final four Euro 2020 spots.

Nations League group matches will be played on a home and away basis in the months of September, October and November 2018. 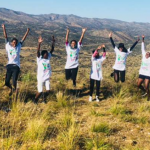 Harare, February 27, 2018 (New Ziana) – The United Nations system in  Zimbabwe is geared to support the new administration and is exploring  ways to […]

Workplace mentoring as a tool of empowerment

Much has been written about mentoring in past years. Mentoring is best described as a developmental process – dynamic and unique to each person. Mentoring […]

The Bank Windhoek National Indoor Hockey League entered its second week over the weekend with games played in Windhoek and Walvis Bay. In the Men’s […]