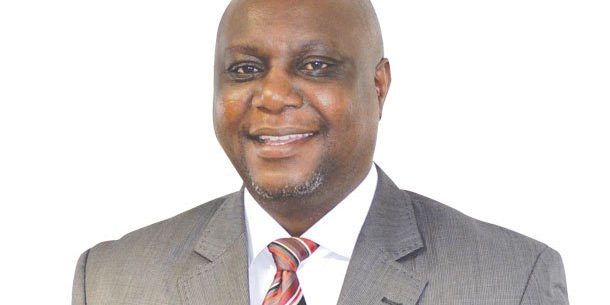 The RA Board of Directors is pleased to announce the re-appointment of Mr Conrad Mutonga Lutombi as the Authority’s CEO for a second term, effective 01 October 2018, for a 5-year period.

Mr Lutombi is an accomplished Corporate leader, and whose academic qualifications and credentials are as follows:

In addition, Mr Lutombi is:

The Winner of the Country, Regional and Continental Titans Building Nations Awards in the Agencies and Regulatory Authorities Sector for Country (Namibia), RegionalEstablished in terms of the Roads Authority Act, 1999 (Act 17 of 1999) Board of Directors: Mr B Katjaerua (Chairperson), Ms E Motinga, Ms L Brandt, Mr C Smith, Ms T Nashidengo
(SADC) and Continental (Africa) from the South African Based Celebrating Excellence Organization; and

Mr. Lutombi symbolizes what it means to be a modern business leader, and strives to achieve greater things at all times. Under his stewardship, RA achieved and by far exceeded the organizational targets and objectives as set out in the Strategic Scorecard.

It is indeed under the current impeccable and stable leadership at RA that the Namibia national road network has been developed to the current excellent state, being rated as the best on the African continent.

The Board is confident that Mr Lutombi will continue to carry the RA Brand with great responsibility and shrewd leadership and steer the organization towards realizing our mandate which is to manage Namibia’s national road network with a view to achieve a safe and efficient road sector.

In conclusion, the Board would like to congratulate Mr Lutombi on the renewal of his employment contract as Chief Executive Officer of RA and wish him all the best in his quest to serve the Namibian Nation with the excellence that the Nation has become accustomed to during his first tenure, and integrity.