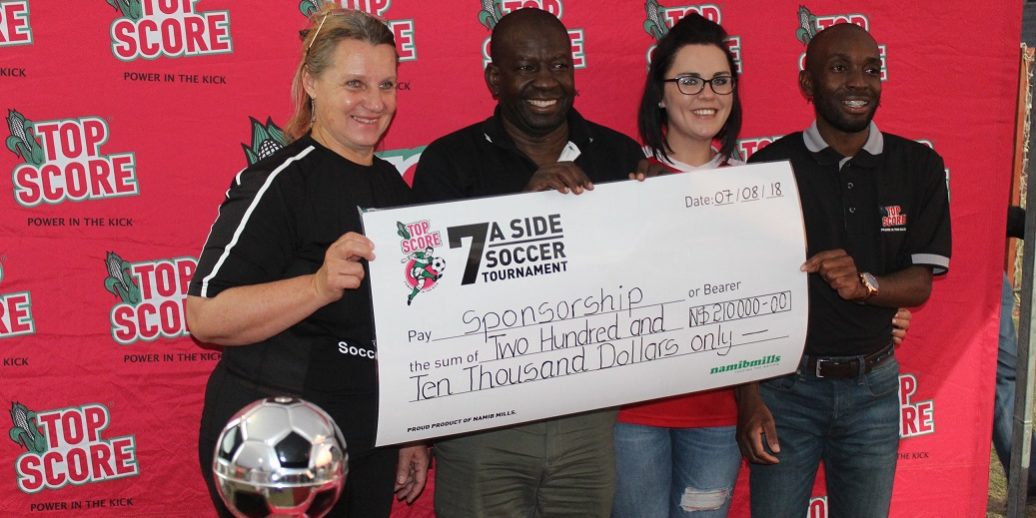 The Northern Leg of the 2018 Top Score 7-A-Side Tournament kicks off at Oshakati tonight with 18 corporate and business teams participating in the tournament this year, compared to 24 of last year.

The tournament will be played divided in four groups of four participating teams each, and will conclude its activities with the finals on Saturday.

It is the third time the Top Score maize meal brand of Namib Mills is hosting the tournament at Oshakati. The company this year sponsors the Northern Leg to the tune of N.dollars 210 000.

Bouwer also revealed that the company has invested N.dollars 150 000 in the northern football event last year.

“This will be the third year that Top Score will be hosting the 7-A-Side Northern Leg after an increasing demand from soccer lovers and competing teams to host this popular tournament in the North,” Bouwer stated.

She described the event as Namibia’s oldest and largest social sports football tournament that has turned 18 years old this year.

According to Bouwer, the event aimed to provide community upliftment, engagement and is Namib Mills’ way of rewarding those dedicated and disciplined sportsmen who continue to show spirit and persistence in their support for the Top Score 7-A-Side tourney.

Mayweather are the tournament’s defending champions. The Central Leg took place in February and the Coastal Leg, which is the final for this year, will be held in October.

The tournament includes a floating trophy and gold, silver and bronze medals for the top three winning teams.

000 for the fourth position.