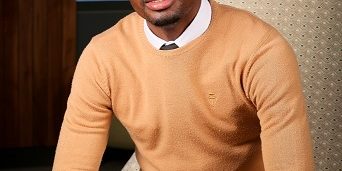 During the fourth quarter of 2017, the FNB/ Fenata tourism index contracted by 8.4% q/q (2017q4-2016q4) in real terms. FNB Analyst Josephat Nambashu informed that given the economic backdrop, it was no surprise that the index retreated deeper into the negative after another set of disappointing fourth quarter numbers. “The foreign currency translation provided some support during the quarter on the back of a weaker rand against the euro; however, it was the load factors and bed occupancy rates’ negative trends that drove the overall index down.”

He added that load factors, which measure the capacity utilization of airlines, show that even though international arrivals to Namibia continue to grow, that growth did not match the growth in flights and this lead to falling load factors.

According to the European Travel Commission, tourists to Africa as a whole grew by only 6.6% in 2017, demonstrating considerable slowing in recent months. On the flip side, occupancy rates were also subdued, decreasing by 3.8% when compared with the same quarter of last year. Of those beds occupied, only 17.5% were by European nationals while Americans took up about 4.1% of beds available. Tourists from France were the highest followed by those from USA & Canada. Josephat: “Our quarterly tourism business survey results echoed a similar story with business performance index continuing a general downward trend. Other indicators such as revenue generated, and capital expenditures were either declining or stagnant according to the majority of respondents. Of concern is the 66% of hotel operators that have had to cut their headcount following a turbulent 2017. Looking ahead, travel activities by our index will remain subdued in 2018, and only expected to be in positive territory come 2019.”

The FNB/ Fenata tourism index further states that tourism operators expect to see improved tourist numbers during the first quarter of 2018 with 52% anticipating increased revenue during this period. Almost three quarters of tourism businesses expect improved business performance going forward and a mere 4% expect a downturn in their businesses in the coming three months.

“However, we are still of the opinion that the ever-increasing operational costs in the sector will post a threat on the ability to compete in the long run for some, in light of the deteriorating load factors. At some point airfares will have to rise or unprofitable routes will be closed. Either way, Namibia will become increasingly uncompetitive, which does not bode well for the industry’s growth aspirations.”

The tourism industry continues to face ongoing challenges including the general economic slowdown, lack of quality accommodation for larger groups, business costs and lack of readily available capital for investment – these make up some of the worrying issues for firms consecutively over the past three surveys. Forty percent of firms ranked these as their number one concern. Inexperienced staff was also ranked as a worry, making it the second highest issue throughout the year. Other challenges include reduced consumer confidence, aviation access and the tough competition from the neighbouring countries South Africa and Botswana.

In conclusion Josephat added that after a dramatic and unprecedented year, the tourism sector was certainly shaken if not stirred because of a general slowdown in consumer spending power. “This further impacted spending on travel and tourism in 2017. All four quarterly reports of 2017 speak to a significant decline in the country’s travel and tourism sector, with the FNB/FENATA travel index contracting q/q throughout the year. While this decline could be due to outlying factors which should improve into 2018, these will be of no significant additional support to the index and the 2018 outlook remained subdued.”