Landmark regional scientific reports were issued today in Colombia on the status of biodiversity in the following regions of the world: the Americas, Asia and the Pacific, Africa as well as Europe and Central Asia. They show that pressures on biodiversity and resulting loss of biodiversity continue to increase in all of the regions. If unchecked, such loss will affect the ability of nature to support people and planet.

The regional assessments by the Intergovernmental Science-Policy Platform on Biodiversity and Ecosystem Services (IPBES) show that the main pressures on biodiversity continue to be habitat change, climate change, invasive alien species, pollution and unsustainable use. However the relative importance of each of these pressures varies between the regions. These declines are of concern also because of the essential role biodiversity plays in providing for people, including, food, fuel and adaptation to the impacts of climate change.

In all of the regions it is noted that actions have been taken to conserve and sustainably use biodiversity. However, it is also noted that these actions have, for the most part, been insufficient. It is further observed that while various plans and strategies have been developed for the conservation and sustainable use of biodiversity these have not generally been translated into actions.

These reports confirm the conclusions of work done under the United Nations Convention on Biological Diversity (CBD) and suggest directions for additional urgent actions to achieve global biodiversity targets. 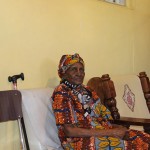 Next Article The art of saving with a roommate

Taking action and being able to commit and persevere no the circumstances, is one of the most important attributes of an entrepreneur. It is a […]

Learners who successfully completed their secondary education last year, now have the potential to become students. This kind of growth comes with a lot of […]