The Zimbabwe government plans to  investigate the alleged exploitation of tobacco farmers by auction  floors who are accused of paying unreasonably low prices for the crop, a  senior official said on Monday.

Deputy Lands, Agriculture and Rural Resettlement Minister David  Marapira told delegates at the 2018 Tobacco Farmers Business Conference  in the capital that measures to protect farmers from exploitation should  be strengthened and the government was going to look into the issue.

Marapira said the government was also ready to assist stakeholders in  agriculture by creating an enabling environment for them to operate in.

“Risk of exploitation of tobacco farmers stretches from expensive  inputs right across to unviable prices offered by our auction floors,”

“Farmers usually receive bad prices from our auction floors and as  government, we’ll look into this, on a more serious note.”

He urged tobacco farmers not to only concentrate on pricing but also on  improving the quality of their crop so as to get the best out of the  market as pricing was out of the control of the government since it did  not purchase the crop.

Marapira also said the importance of agriculture to the economy should  be appreciated as it accounted for 18 percent of the Gross Domestic  Product (GDP).

He said efforts to rebuild the Zimbabwean economy should start with the  agriculture sector as it was important while the tobacco industry  contributed significantly to generating foreign currency. 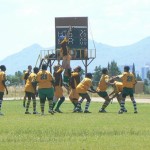 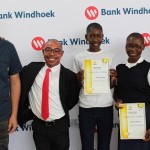 In the true spirit of ‘how can we help you’ and the Christmas Season at hand, the FNB Namibia Holdings Foundation Board of Trustees approved […]

Telecom Namibia will on the 12 August 2018 suspend all overdue service accounts. All customers are thus advised to pay their outstanding bills to avoid […]

Of late, road crashes reported at the MVA Fund Call Centre, have indicated that tyre bursts are seen as a worrying trend. Statistics regarding fatalities […]