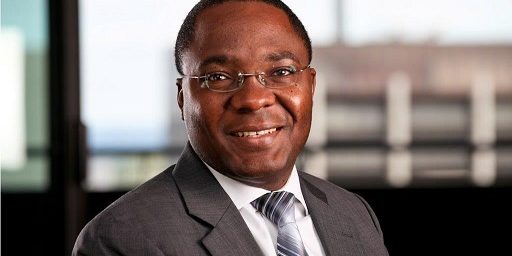 By Sakaria Nghikembua, Chief Executive Officer, Agribank
As the year approaches the end, it is prudent to reflect on economic events and themes through which the Bank operated, whilst fore-sighting the future. At a macro level, the year 2017 saw significant challenges such as lower commodity prices, contraction in fiscal expenditure, increasing debt-to-GDP ratio of 43% against the national benchmark of 35%, and the subsequent downgrade of Namibia’s investment grade to sub-investment grade (or junk status). The Namibian economy registered quarterly growth rates of -2.7%, -0.7% and -1.9% in the first, second and third quarters of 2017, respectively, compared to quarterly growth rates of 4.8%, -0.4% and -0.3% realized during the same periods in 2016.

The picture has not been bleak on all fronts, however. The agricultural sector rebounded quite strongly from a two year-long recession, registering respective growths of 15.0%, 20.0% and 5.3% in 1Q2017, 2Q2017 and 3Q2017 compared to -2.9%, 7.2% and 14.0% recorded in the same periods of 2016. Agriculture commodities prices and sales volumes across the board have depicted a persistent rising trend throughout the year and maintained high levels compared to the prior year. This is particularly on the back of improved production and high demand in the local and export markets (South Africa), favourable prices and trading conditions.

Despite the promising economic outlook, growing national debt, fiscal consolidation, uncertainty with regards to the climate, remain downside risks to the economy.

From a business perspective, Agribank operates in a dynamic environment faced with fierce competition in the financial intermediation market, uncertainty in climate change, economic conditions as well as disease and pest outbreaks. This has prompted the Bank to strengthen efforts aimed at increasing our market share, diversifying our loan portfolio, improving loan collections, building brand loyalty, while mainstreaming risk management in our business operations.
In terms of business prospects, we foresee growth resulting from a second consecutive year of normal rainfall. This is supported by a continued upward trend in producer prices across agricultural products. We therefore look forward to growth in our market share over the next 2-3 years.
Pulling it all together, we see a promising future for the agricultural sector. Heading into 2018, we would continue to play to our competitive advantage, pursue opportunities in the sector and mitigate risks in order to shape a promising future not only for Agribank but for the agricultural sector and the economy as a whole.