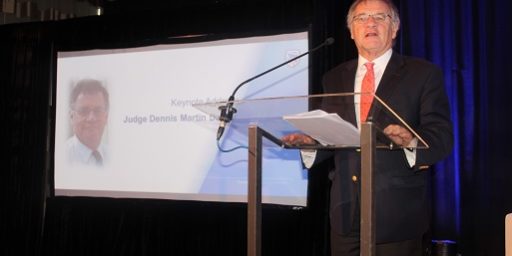 If a business does not face any competition, it has little incentive to lower its prices or improve its products, therefore Competition Laws and Policies are imperative as they seek to ensure that industries are competitive and consumers benefit from them too.

While most developed nations have had competition laws and policies in place for decades, they are relatively new to developing nations such as Namibia, bringing with it various challenges and questions on how to navigate through it.

The discussion was also attended by Namibia Competition Commission (NaCC) Chief Executive Officer Vitalis Ndalikokule and Standard Bank Board Member Advocate Natasha Bassingthwaighte, who both served as panellists on the discussion on Competition Law Matters.

Judge Davis was educated at Herzlia School, Universities of Cape town (UCT) and Cambridge. He began teaching at UCT in 1977 and was appointed to a personal chair of Commercial Law, in 1989. He was appointed a Judge of the High Court in 1998 and as President of the Competition Appeal Court in 2000. Since his appointment to the Bench, he has continued to teach constitutional law and tax law at UCT where he is a Professor of Law.

He is a member of the Commission of Enquiry into Tax Structure of South Africa and was a Technical Advisor to the Constitutional Assembly when the negotiations for South Africa’s interim and final constitutions were formulated and concluded.

Standard Bank’s Chief Executive Vetumbuavi Mungunda, also addressed the attendees, noting that the design, application and interpretation of Competition Law needs ongoing discussion as it is fairly young. He also pointed out that regardless of the country’s population and industries, local companies were still expected to compete against global companies.

“Competition in business is required to drive fairness, efficiencies as well as transparent, sustainable economic growth which would benefit the population. At the same time, consolidations, mergers, joint-ventures, cooperative arrangements in businesses are imperative and at times the only tool available to drive growth and rescue struggling businesses especially during difficult and recessionary times as these we are experiencing in the last 2 years,” Mungunda said.

He explained that as such it is important that Namibia’s laws whilst promoting fair, transparent competition do not stifle consolidations, mergers and ongoing business acquisitions.

“Given the economic times, and prospects of legislations such as NEEEF, we felt necessary to arrange this public discussion, dialogue and discourse to facilitate a healthy balance between the application of the law and business needs/realities,” he stressed.

Competition Law and Policies are in response to a worldwide call that interventions are needed for markets by governments.

“The Competition Laws in Namibia and South Africa are ambitious. These Acts state that we do need an intervention but has also lifted its gaze and pointed to other serious structural issues owed to previous colonial rule that need to be addressed. If we wanted a standard Act where the market self-corrects we would only have the basic issues outlined (e.g. fair prices) but our Acts are also concerned with issues of equity,” he pointed.

He reiterated that the two Acts are ambitious because it goes beyond traditional Competition Laws; therefore it was important to question whether Competition Law has a role to play in economic equality.

Judge Davis said that some of the key issues stem from the relationship between structure and behaviour.  In some countries, Cartels abuse their standing as dominant businesses, however he questioned the structure of large firms that don’t do anything wrong but make it hard for previously disadvantaged business owners to enter the market and promote innovation. “Namibia’s Act does not deal with that issue,” he said.

Computer algorithms that set prices and other technological advancements that were not in consideration before also raise questions within the Acts making it hard to create a balance.

“Namibia’s Act leaves everything to the Competition Commission; however South Africa has a competition tribunal that hears competition cases and are subject to adjudication… If we are trying to balance between public interest and efficiency and have concerns on structure and not just behaviour then we need a body for that. This body should be a specialist tribunal dealing with matters of Competition Law that has an understanding of economics as well as economic concepts,” he advised. The learned Judge suggested that certain decisions on completion law should vest in a tribunal rather than a ministry.

“We need to promote an economy in a market that is inclusive and does not only benefit some but all,” he concluded.