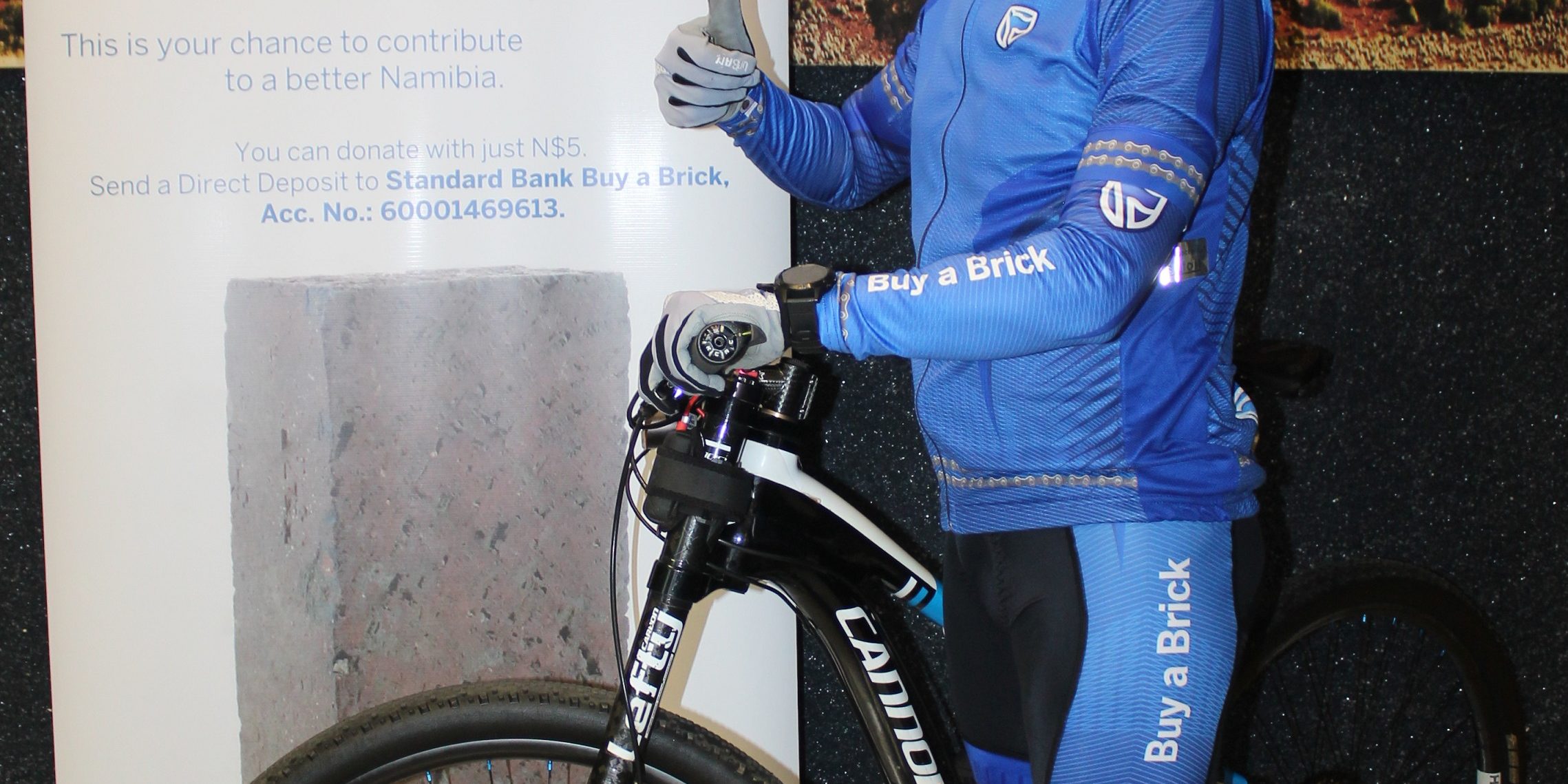 Blue Bankers are known for their generosity and charitable nature, as they often go above and beyond what is expected to support the Bank’s various Corporate Social Investment projects.

Keeping in line with this generous nature, Standard Bank’s Business Readiness Lead Head Jacques Marais will be cycling in the annual Desert Dash, with the proceeds of that race being donated to the Bank’s flagship Buy-a-Brick initiative.

The Bank’s flagship Buy-a-Brick initiative was launched in October 2015 in collaboration with the Shack Dwellers Federation of Namibia (SDFN) with the aim of helping in alleviating the housing shortage in the country for no or low income households who live in shacks.

The Bank previously donated N$1.4 million and N$2 million to the federation which was raised through N$5,00 donations or more to the initiative. While the Bank has its own fundraising efforts, it also urges private individuals and corporates to contribute to the cause.

“Last year I participated in the Desert Dash as part of a two-man team, however the aim of that was to serve as preparation for my first solo dash this year. I would like my dash to serve a higher purpose and the idea I had is to get sponsorship either per kilometre or a once of contribution,” Marais said.

Participants have 24 hours to complete 369km, cycling from Windhoek to Swakopmund. The dash will commence from the Grove Mall on 8 December at 15h00.

“During this event, participants will face a number challenges, little to no sleep, no shelter from extreme weather conditions, and can only assume this is what our Namibian people without a proper houses face on a daily basis hence the initiative to cycle for “Buy a Brick,” he stressed.

Quoting Vince Lombardi, Marais said that individual commitment to a group effort is what makes a team, a company, a society work and a civilization work and he was simply making his commitment. Additionally, he also expressed his gratitude to his friends, family and colleagues for their support during his solo dash.

The proceeds from the Desert Dash will help at least one family build decent brick housing, after which they will pay it forward by repaying the funds to the federation so it can be giving to another family in need of a decent housing. Last year the federation was able to build over 40 houses in Rehoboth through the Buy-a-Brick initiative, and have begun building in Windhoek, Otjinene and Berseba.

“Let us commit and take part in contributing to a better Namibia,” he concluded.