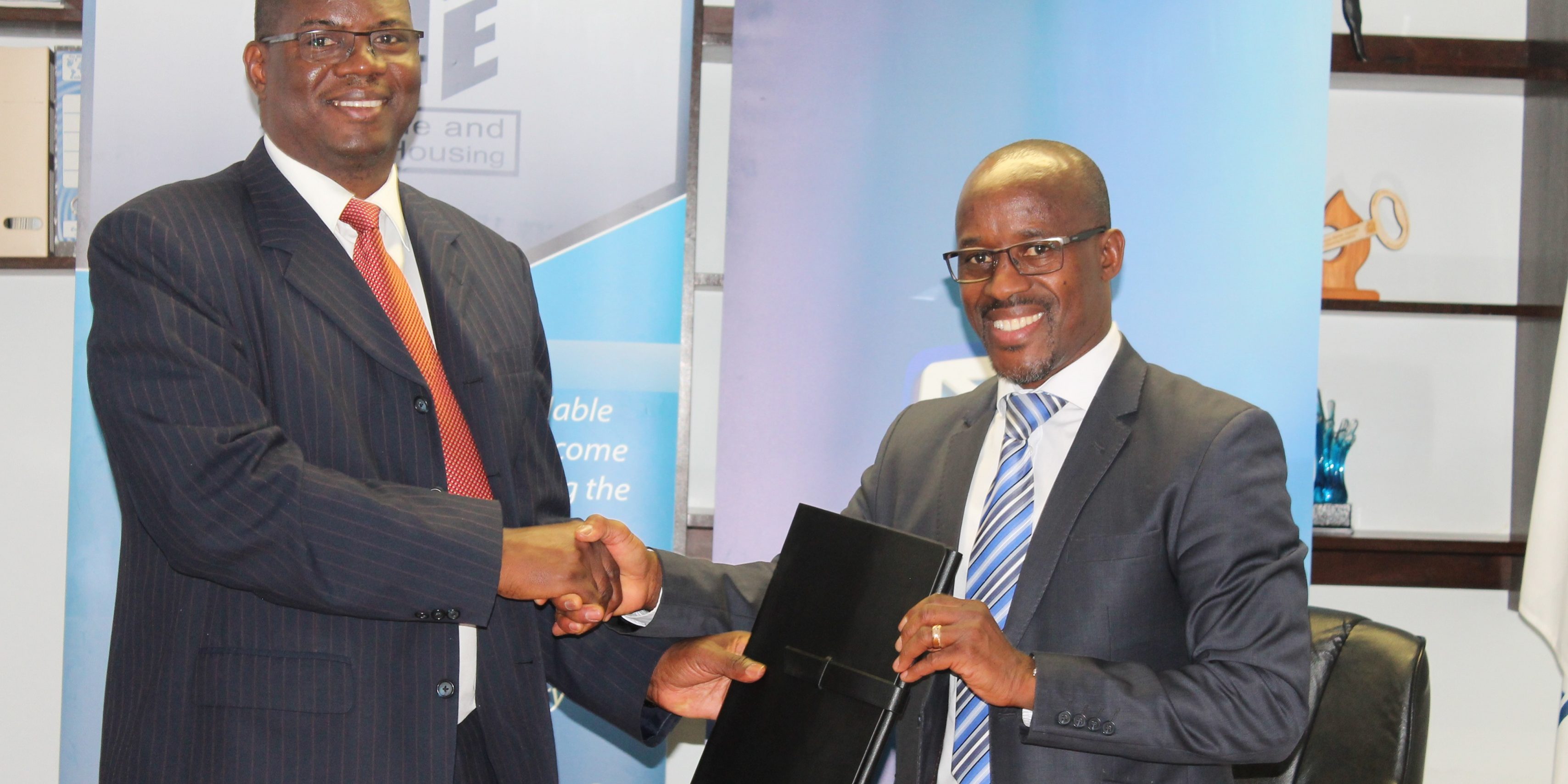 Standard Bank and the National Housing Enterprise (NHE) have signed a Memorandum of Understanding (MoU), as the two organisations prepare to begin the construction of a home for gold winning Paralympian Ananias Shikongo.

Shikongo, who is completely blind, won two bronze medals and one gold medal at the 2016 Summer Paralympic Games in Rio de Janeiro. Standard Bank decided to reward Shikongo for his excellent work by donating a house worth N$500 000 to him.

With a plot finally secured, and the MoU signed with the NHE as the entity which will be in charge of construction, the work on site is expected to begin early next year, soon after the ground breaking ceremony scheduled for January 2018.

“This is our way of recognising a Namibian who has attained worldwide prominence for his remarkable talents and hard work. We do not often celebrate our people’s achievements, however we felt that it is time we begin doing so, most especially because Ananias [Shikongo] has proved to be an exemplary individual,” Standard Bank’s Head of Human Capital, Isdor Angula, said during the signing.

He added that by doing this the Bank was further demonstrating its commitment to place exemplary individuals on world map, although they have gone far in doing so by themselves already. Angula also pointed out that the signing of the MOU was the start of a good relationship between the Bank and NHE as they are in the same field of financing housing.

NHE’s Chief Executive Officer, Gisbertus Mukulu, expressed his happiness to be able to roof an individual such as Shikongo, and stressed that both institutions should be commended for their commitment to this noble cause.

“Being able to do this is an achievement for all involved and there we need to commend ourselves. We are not far into implementing this project but we are looking forward to it. We need to celebrate even smallest achievements by our people as it a morale booster. Ananias has proved that disability does not mean inability,” he stressed.

Shikongo will be receiving a two-bedroom house in Katutura’s Greenwell Matongo location. The MOU was signed on the 29th of November 2017 in Windhoek.

What happens when the #bank of the changeables, changes?
October 10, 2022