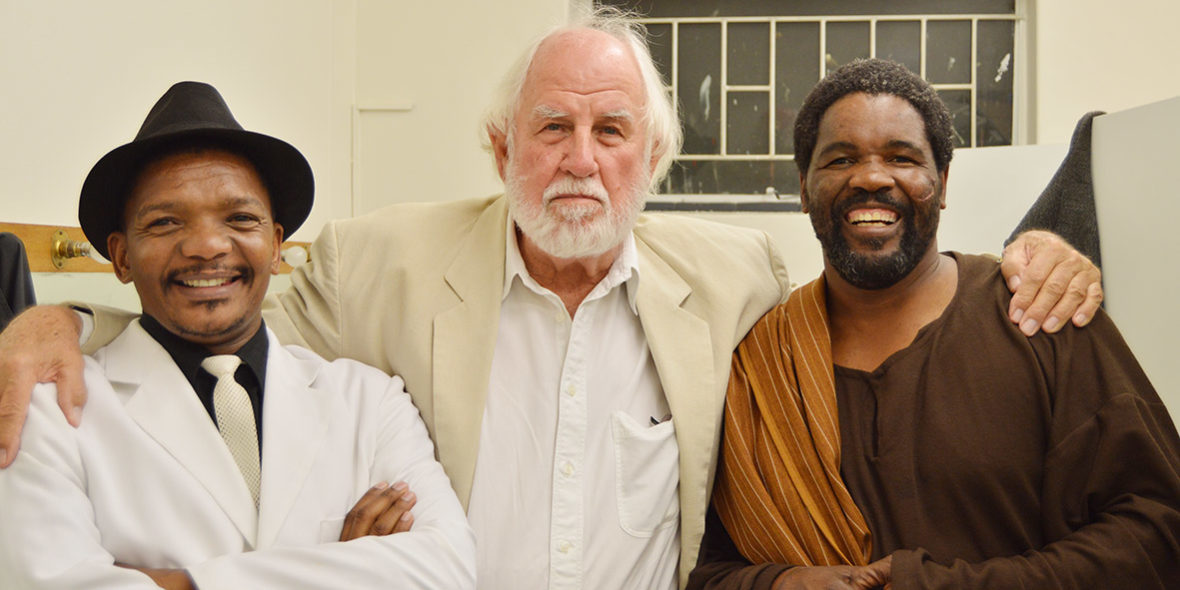 Bank Windhoek is proud to present ‘The Zoo Story’, a LAB Theatre production brought to you by Aldo Behrens, David Ndjavera and Keamogetsi Joseph Molapong.

The production, based on a play by world-renowned American playwright Edward Albee, is scheduled to take place on Saturday, 25 and Sunday, 26 November 2017, at Haus Der Jugend in Swakopmund.

“It is a one-act play which explores themes of isolation, loneliness and miscommunication in a materialistic world,” said Behrens. ‘The Zoo Story’ concerns two characters, Peter and Jerry, portrayed by Molapong characterising Peter, with Ndjavera taking on the role of Jerry.

Peter seems to have his life in order. His family and general wellbeing are stable. On the other hand, Jerry’s life is in a mess and he does not understand why. The two meet at the zoo and Jerry insists on having a conversation with Peter, who just wanted to relax for a while. “The turn of events that followed, are full of suspense and drama,” said Behrens.

‘The Zoo Story’ was performed at the Tinnenpot Teater in Ghent, Belgium in October 2017, to coincide with the Afrikaans Week, organised by the University of Ghent.

“We want to thank Bank Windhoek for their support in the staging of the play. Without their generous sponsorship this would not have been possible,” Behrens concluded.