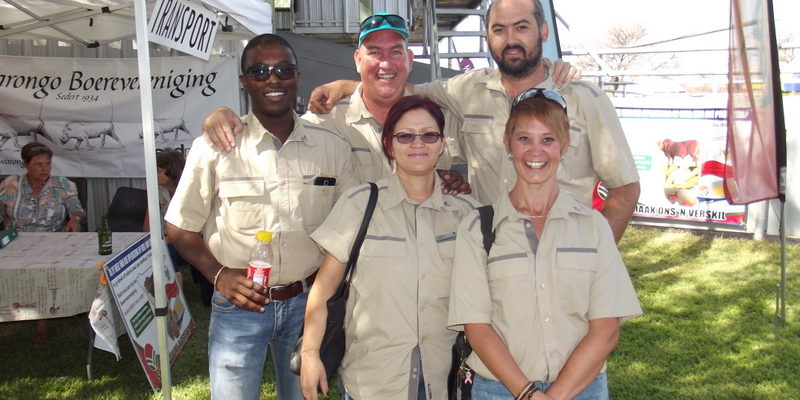 FNB Namibia believes that agriculture forms an integral part of the Namibian economy and the welfare of its people, and therefore stays committed toward supporting and promoting sustainable agriculture in Namibia.

At the annual Paresis Production Auction held in Otjiwarongo on 13 November 2017, FNB Namibia’s Otjiwarongo branch handed over a sponsorship of N$ 60 000. The head of FNB Agri, Christo Viljoen, expressed his delight with the fact that the bank has once again been able to support such an important event on the agricultural calendar.

Looking back at 2017, Christo stated that the year has been a productive one for both FNB Agri and farmers in the country. “We continually support agriculture in Namibia, be it by means of products, services, sponsorships, specialist advice or donations. As far as I am aware, FNB is still the only bank that had a drought support plan in place for our farmers, which was greatly welcomed in the market. We remained extremely active in sponsorships all over the country and have put in the effort to attend farmers’ days, auctions and other information days. The latest contribution from the FNB Foundation has been an amount of N$ 100 000 towards drought support for farmers in the Karasburg and Bethanie areas who are still experiencing severe drought conditions.”

FNB Namibia also became a corporate member of the Namibian Agricultural Union, which proves its commitment towards organized agriculture and supports the slogan: “Promoting Sustainable Agriculture”.

Christo concluded that cattle farmers were currently experiencing a very good year and auction prices had increased substantially over the last couple of months. “This is driven by market demand from SA feedlots and a low supply from the Namibian farmers, as our farmers had to reduce their herds due to drought. . We look forward to a great rainy season and to be able to stand side-by-side again with our farmers, even in 2018.”