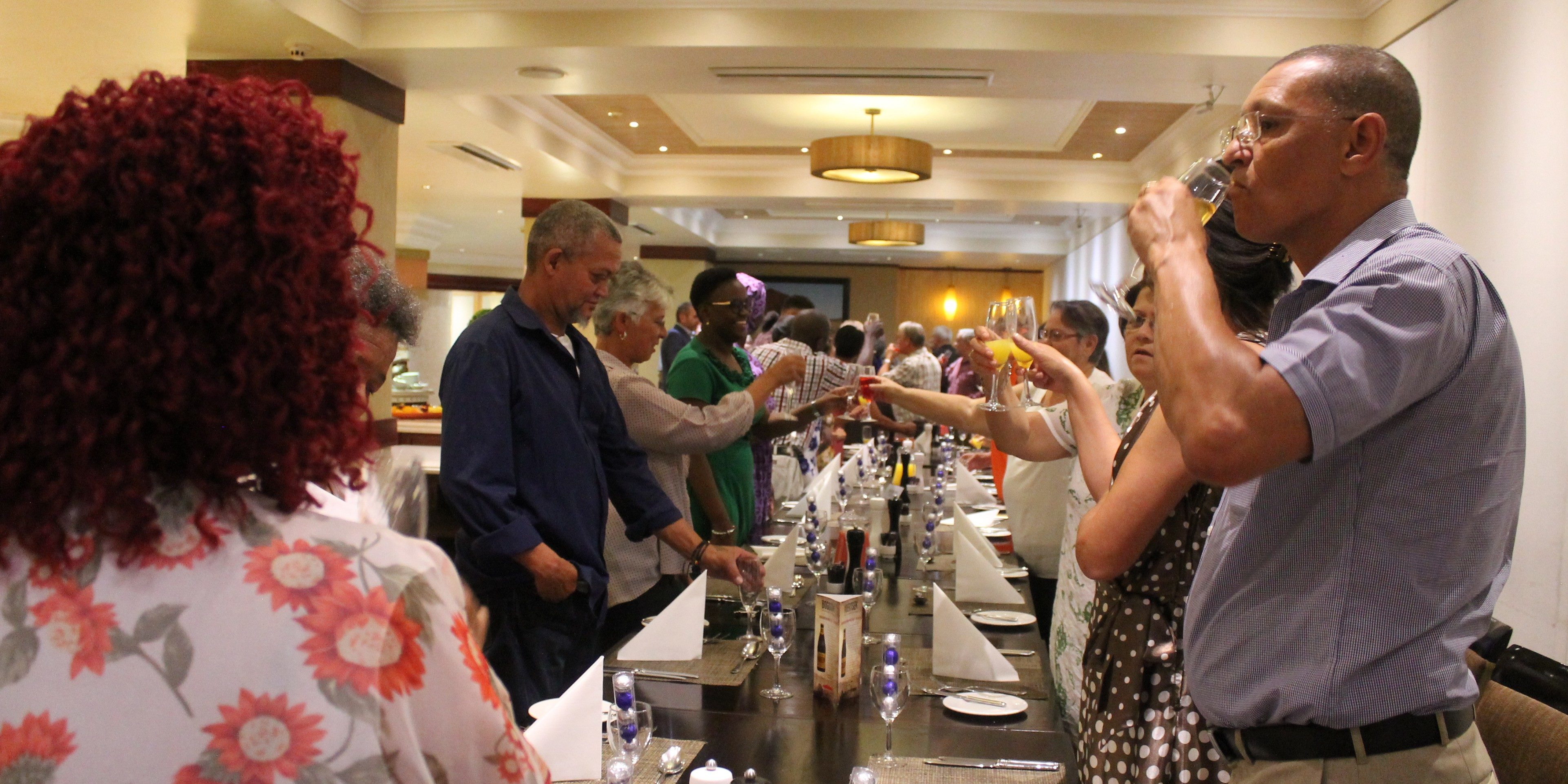 The success and growth of Standard Bank has always hinged on the hard work and dedication of its employees, both past and current.

Cognisant of that fact and in a bid to show its appreciation to those who dedicated invaluable time and energy in the success of the Bank, Standard Bank recently hosted an early Christmas luncheon in Windhoek and in Swakopmund for their retired employees.

Standard Bank’s Chief Financial Officer and Chairman of the Pension Board of Funds for Trustees Bryan Mandy welcomed the pensioners to their annual luncheon, once again reiterating the Bank’s gratitude for their years of service and assured them to keep their legacy going.

Mandy also took the opportunity to update the pensioners on the operations of the bank and how it was fairing in the current difficult economic landscape, assuring them that their pension and investments are being well taken care of.

Although retirement offers joyous prospects or relaxation and spending more times, many often find themselves reminiscing about the good old days they spent at the office.

As such, the pensioners who attended the luncheon were elated to catch up with their fellow retirees and former colleagues, all of them expressing that they happy to spend a few hours together as they hardly do it anymore since retiring.

Conrad Endjala who dedicated most of his youth to the bank said he was happy to know that the bank actually remembered him and wanted to show his appreciation for all the hard work he put in when he was employed there.

“This is the first time I’m attending the pensioner’s luncheon as I retired in 2016 and I must say that I am very happy to enjoy these few hours with my friends so we can talk about the good old days. Being given these updates on how the bank is doing also make me feel that I am still part of the Blue family and that makes me very happy,” he explained.

Former new retiree Cynthia Christian also shared his sentiments, stating that it felt good knowing that the bank appreciated them and took steps to show that appreciation.

“I took early retirement last year so for me it was good seeing everyone and also receiving updates on how the bank is doing. We have all missed each other and working together so we resolved to meet at least once a month on own capacity as pensioners so we do not lose touch,” she concluded.