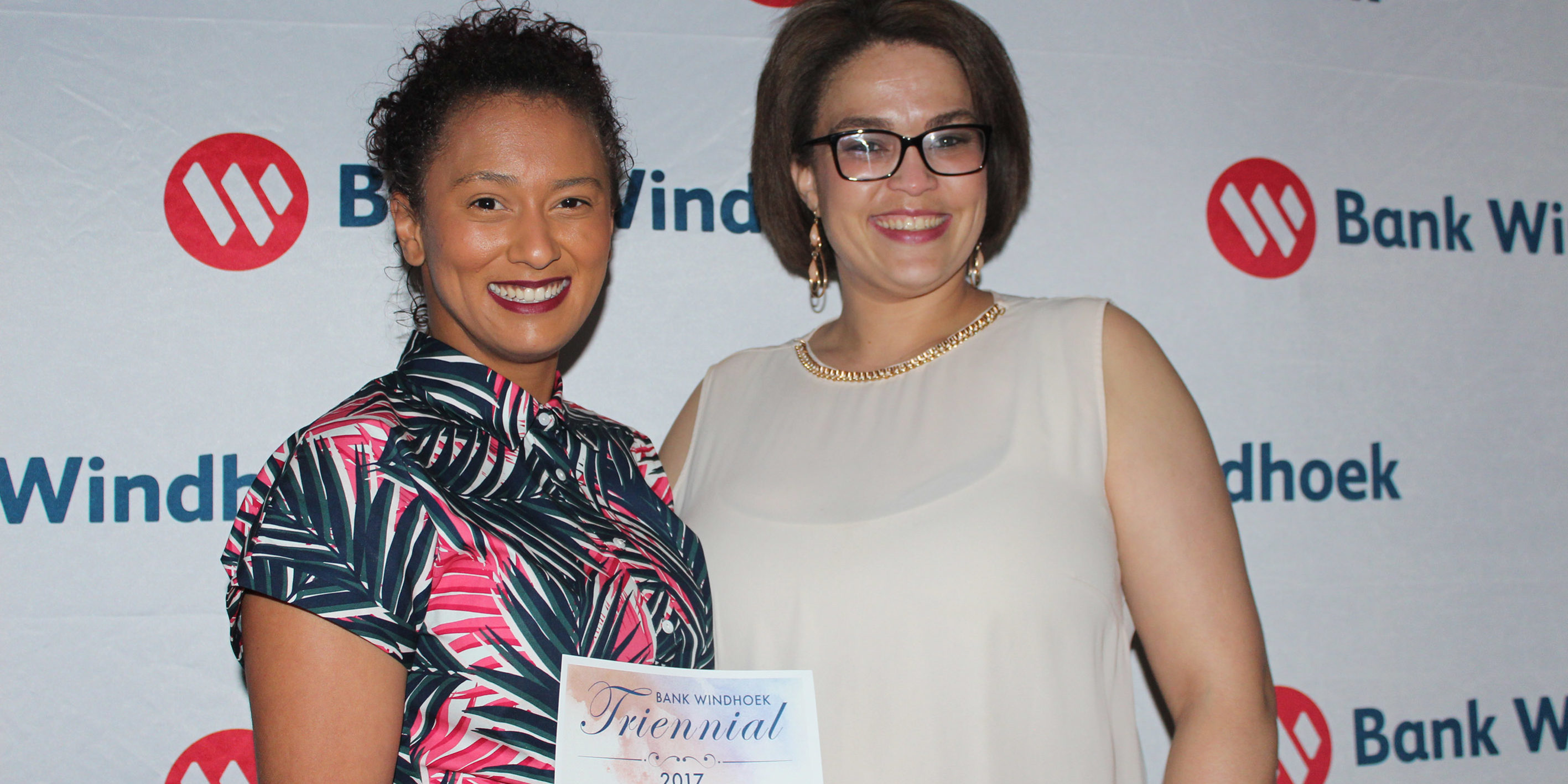 The fourth Bank Windhoek Triennial took place on Friday, 2 September 2017 in Windhoek. The event was co-hosted by the National Art Gallery of Namibia (NAGN).

Deputy Permanent Secretary from the Ministry of Education Arts and Culture, Veno Kauaria, delivered the keynote address and congratulated artists, reiterating the ministry’s commitment towards artists and art in Namibia.

Paul Kiddo and Trudi Dicks were presented with the Lifetime Achievement Awards, for their lifetime dedication to visual arts.

Kiddo has maintained a high standard of work throughout his career. His paintings, which serve as a documentation of time and commentary of time and place, are represented in numerous collections throughout Africa and Europe.

Dicks has received wide national and international recognition for her work. In 1992 she was awarded a five-month residency at the Cite Internationale des Arts in Paris, France.

Annaleen Eins was presented with the Dedication to Visual Arts Award for her lifetime commitment to Namibian arts.

From over 350 entries the judges chose 70 artworks by 60 artists.

“The competition and its resultant exhibition demonstrates that Namibian art is alive and well and evinces a vibrancy, passion and commitment to excellence that speaks loud and clear,” said the judges report.

An adjudication panel of three local and two international judges made a selection of artworks for the exhibition as well as for prize-winners. Frauke Stegmann, Ervast Mtota, Zodidi Gaseb, Maureen de Jager and Andrew Lamprecht, were the judges for this this year’s Bank Windhoek Triennial.

“The NAGN is extremely proud to be associated with Bank Windhoek in this important partnership, which was established nine years ago,” said Curatorial Coordinator at the NAGN, Ndeenda Shivute.

Organised by the NAGN, with the sponsorship of Bank Windhoek, the Triennial aims to celebrate visual art in Namibia as well as to raise the standard thereof. All artists with Namibian citizenship, domicile or permanent residence were invited to apply.

The Bank Windhoek Triennial exhibition will close on Saturday, 28 October 2017.