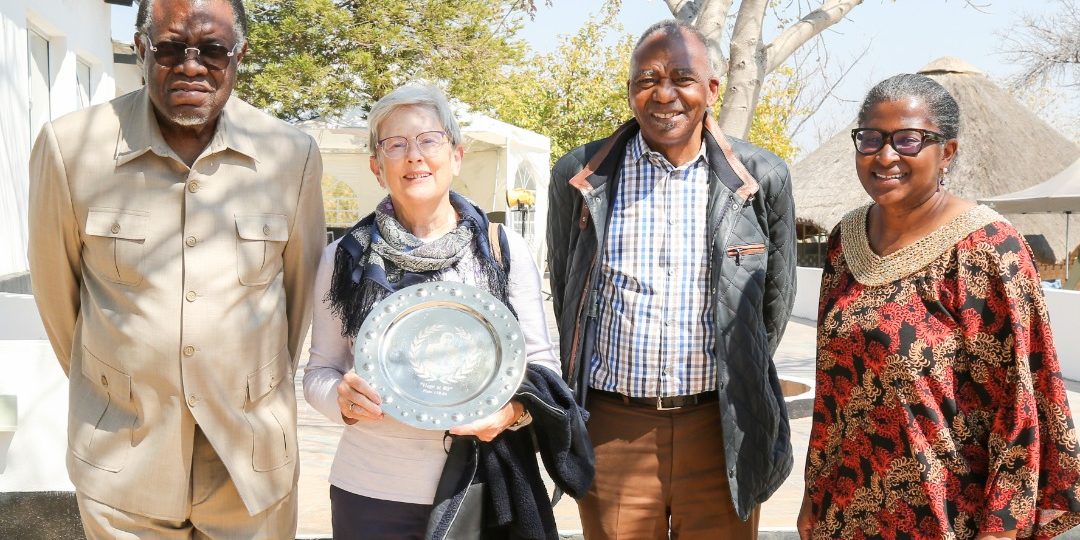 President Hage Geingob has described the late Jane Katjavivi as instrumental in the development of language and the preservation of Namibian literature.
Katjavivi, who was a writer, editor and former publisher, died on Tuesday, aged 70.
Geingob in a media statement issued on Tuesday, noted that Jane, who was also the wife of National Assembly Speaker, Peter Katjavivi, was volunteering at the SWAPO Office and became a steadfast supporter of freedom fighters during the liberation struggle, and thus became one of them in advancing the fight for freedom and independence.
“Jane, an accomplished author and passionate editor, was instrumental in building Namibian literature after independence in 1990 and assisted many with editing manuscripts and documents. We will remember her for her outstanding contributions to language development and the preservation of Namibian literature,” he stated.
He added that many Namibians will miss the late Katjavivi for her gentle demeanor and willingness to help those in need.
“During this difficult time for the Katjavivi family, I extend my heartfelt condolences to my dear brother, Cde. Peter Katjavivi, the children, and the entire bereaved family on behalf of the Namibian people and government, my wife, Monica Geingos and my family. May Madam Jane Katjavivi’s soul rest in eternal peace,” he stated.