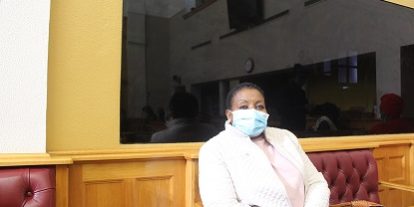 Recent statistics have shown that 679 people in Namibia died as a result of suicide between January 2021 and May 2022, with 650 of those adults and 29 juveniles.
Of that number, 559 are male adults and 91 female adults, while 18 are male juveniles and 11, female juveniles.
These statistics were revealed by Deputy Minister of Health and Social Services, Dr Esther Muinjangue, at a media briefing for public awareness on suicide prevention/reduction in the capital on Wednesday.
According to the minister, the Omusati Region has the highest recorded suicide incidents at 105, followed by Ohangwena and Khomas with 100 and 80 cases respectively, while the Kunene, Omaheke and Zambezi regions recorded the lowest with 19, 20 and 24 incidents over the same period.
“It is believed that suicide and mental health are a serious global public health issue and are is increasing at an alarming rate. It is among the top 20 leading causes of death worldwide.
Close to 800 000 people die by suicide worldwide every year, which means every 40 seconds someone dies of suicide,” Muinjangue added.
The deputy minister emphasised the importance of creating awareness and education by reducing the stigma around suicide and encouraging well-informed action that will reduce or prevent instances of suicide in communities.
One such intervention is the Khomas Suicide Prevention Taskforce (KSPT), which was established in 2021 by the health ministry alongside the Ministry of Information and Communication Technology and the Khomas Regional Office, among other stakeholders.
KSPT was set up to conduct suicide prevention public awareness and information sharing sessions with aim of reducing suicide attempts in the Khomas Region.