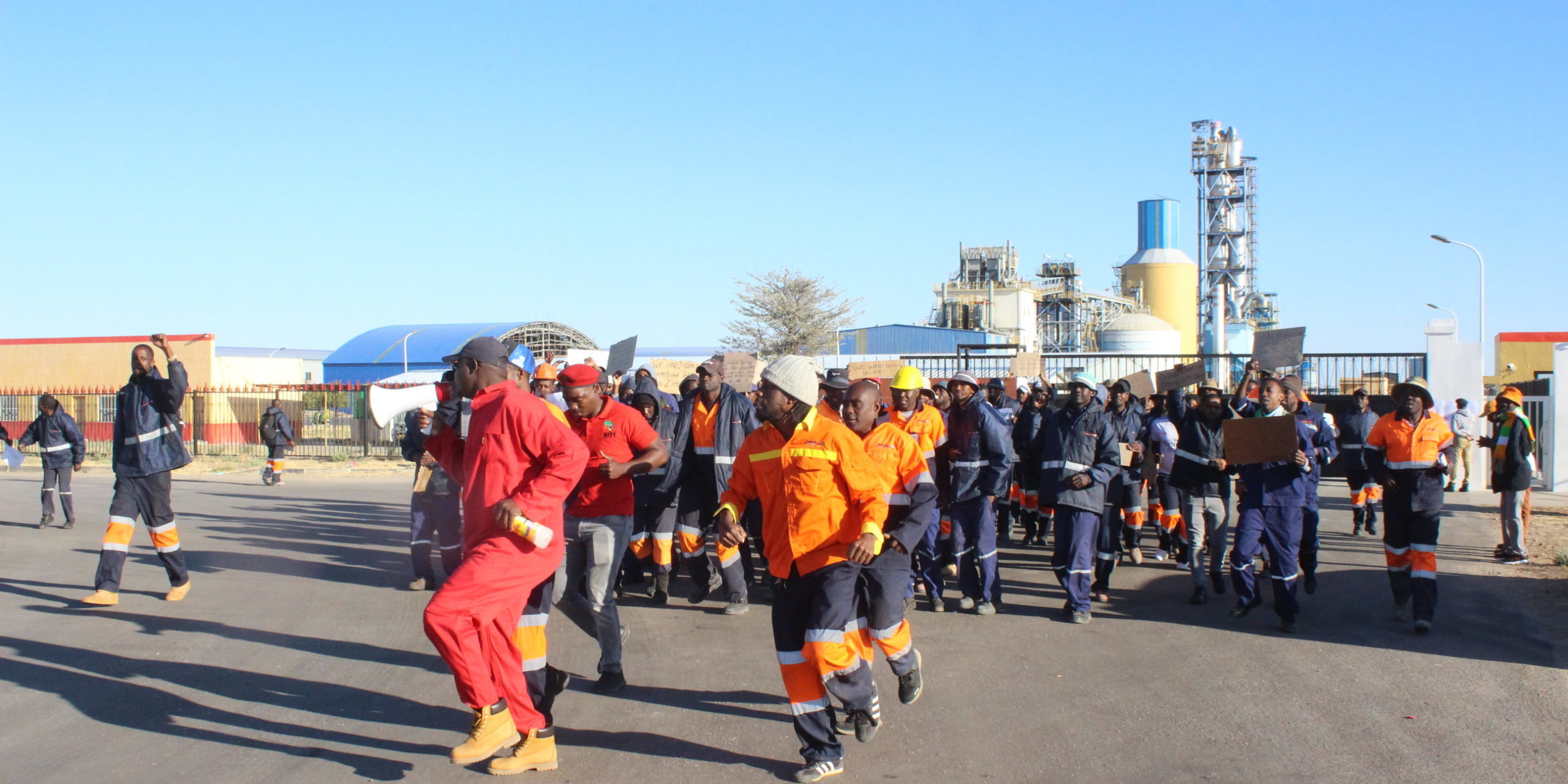 The Swapo Party leadership of Otjiwarongo district on Sunday joined the striking workers of Cheetah Cement factory.
Nearly 200 workers of the factory are on strike since Thursday morning due to alleged unfair labour practices.
Cheetah Cement trading as Whale Rock Cement is situated north of Otjiwarongo and is owned largely by Chinese investors.
Residents of Otjiwarongo last Thursday already condemned the factory, saying it is also a shame that the Namibian Government has allowed the conditions.
On Sunday, the Swapo Party’s Otjiwarongo district leadership joined the workers at the gate of the factory where the workers have camped since Thursday.
In a statement delivered by the Otjiwarongo Swapo Party district coordinator, Imms Namaseb, Swapo said it is fully aware of the sufferings of workers since 2017 when the factory opened.
Swapo further called on the Chinese Embassy in Namibia to come down to Cheetah Cement and assist the company in complying with the Namibian labour laws for the sake of harmony.
Swapo said the ongoing strike at the factory is genuine, but now it is affecting the employees, company and the economy of the country.
“We also know the poor working conditions in this factory, therefore, the Otjiwarongo Swapo Party district leadership will not become a spectator to this matter,” said Swapo.
Namaseb who was accompanied by the Otjiwarongo Mayor, Gottlieb Shivute, Otjiwarongo Swapo Party district information and mobilisation officer, Sipora Kamati, and several branch coordinators also donated to the striking workers 48 bottles of water, loaves of bread and soft drinks.
Mineworkers Union of Namibia (MUN) chairperson for the northern regions, Mathew Mberiuana who was present said any exploitation of workers and Namibian resources by Chinese investors should be condemned by all citizens.
MUN insists the strike will continue indefinitely until the demands are met, adding that Cheetah Cement has failed to negotiate in good faith when workers call for a reasonable salary increase and the introduction of housing allowance, medical aid and pension.
MUN says workers at the factory currently earn about N.dollars 3 600 with no medical aid, no pension benefit and no salary increase for about four years.
Cheetah Cement General Manager, Kevin Lee last Thursday said there is a deadlock between the management and workers, noting that the company has done everything in its power to conclude the protracted wage negotiations but to no avail, since the employees have unrealistic demands.