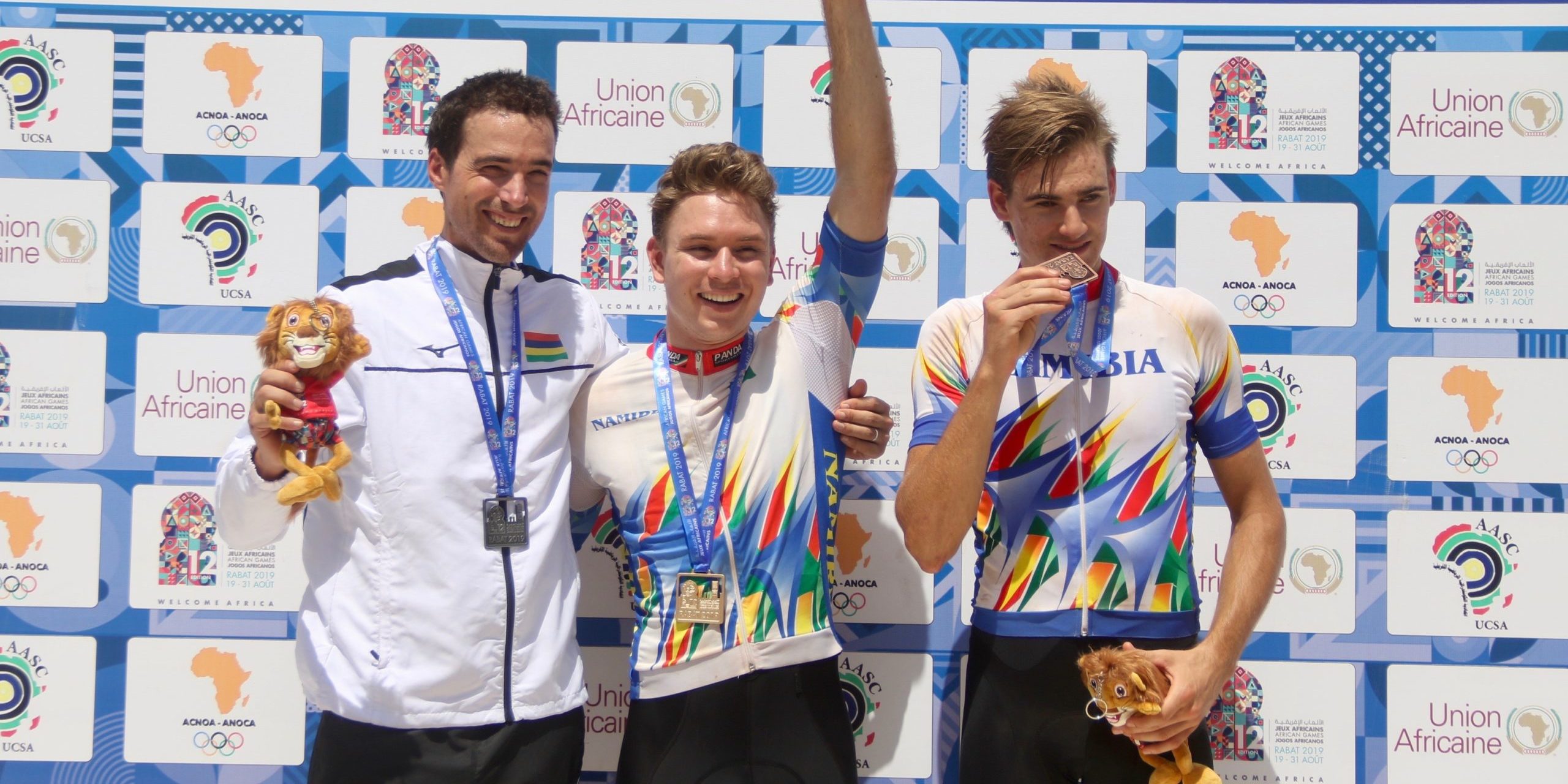 Namibia’s Olympian and 2021 Nedbank Desert Dash winner, Tristan de Lange said he has recovered fully from his injury and is feeling superb ahead of the Birmingham 2022 Commonwealth Games.
Namibian athletes will compete in athletics, para-athletics, cycling, boxing, lawn bowling, swimming, triathlon and wrestling at the competition that starts on Thursday, 28 July and ends Monday, 08 August.
In a recent interview with Nampa, De Lange who won the single rider’s category of the 2021 Nedbank Desert Dash said winning that race cost him the first quarter of the year due to an injury he sustained which left him with Iliotibial band syndrome (ITBS).
“Winning the Dash was a good achievement for myself and my family, but that came at a price of me being unable to train effectively in that period. However, I fully recovered in April and with the assistance of my coach we have worked closer than ever to have my training done at the optimum level for performance gains,” he said.
The cyclist said since his recovery he has been in Europe where he is going through several “greatly executed” prioritised programmes that are combined with racing across Europe to keep his mind in the game and experience levels up.
“If you’re in the field of world-class sport you’ll know that a medal is something that every professional athlete dreams of, and always works towards. No questions asked. However, one needs to be realistic as well and understand that you’re competing against a select few of the best,” he said noting that his target at the games is the top 15 of the plus-minus 110 starters in the road race.
De Lange stated that being up against cyclists who are fresh off the Tour de France and other world tour riders, a top 15 would put Namibia’s flag up with the best and his name amongst the top performers of the event.
“Of course, I always strive for higher. But everyone needs a baseline to work with. And I’m happy with mine, this would be in striking range of Namibia’s best results in the past years at the road race event in the Games,” he said.
Namibian cyclists are expected to arrive in England as of Sunday, 24 July 2022 and will be based at the Warwick Athletes Village.