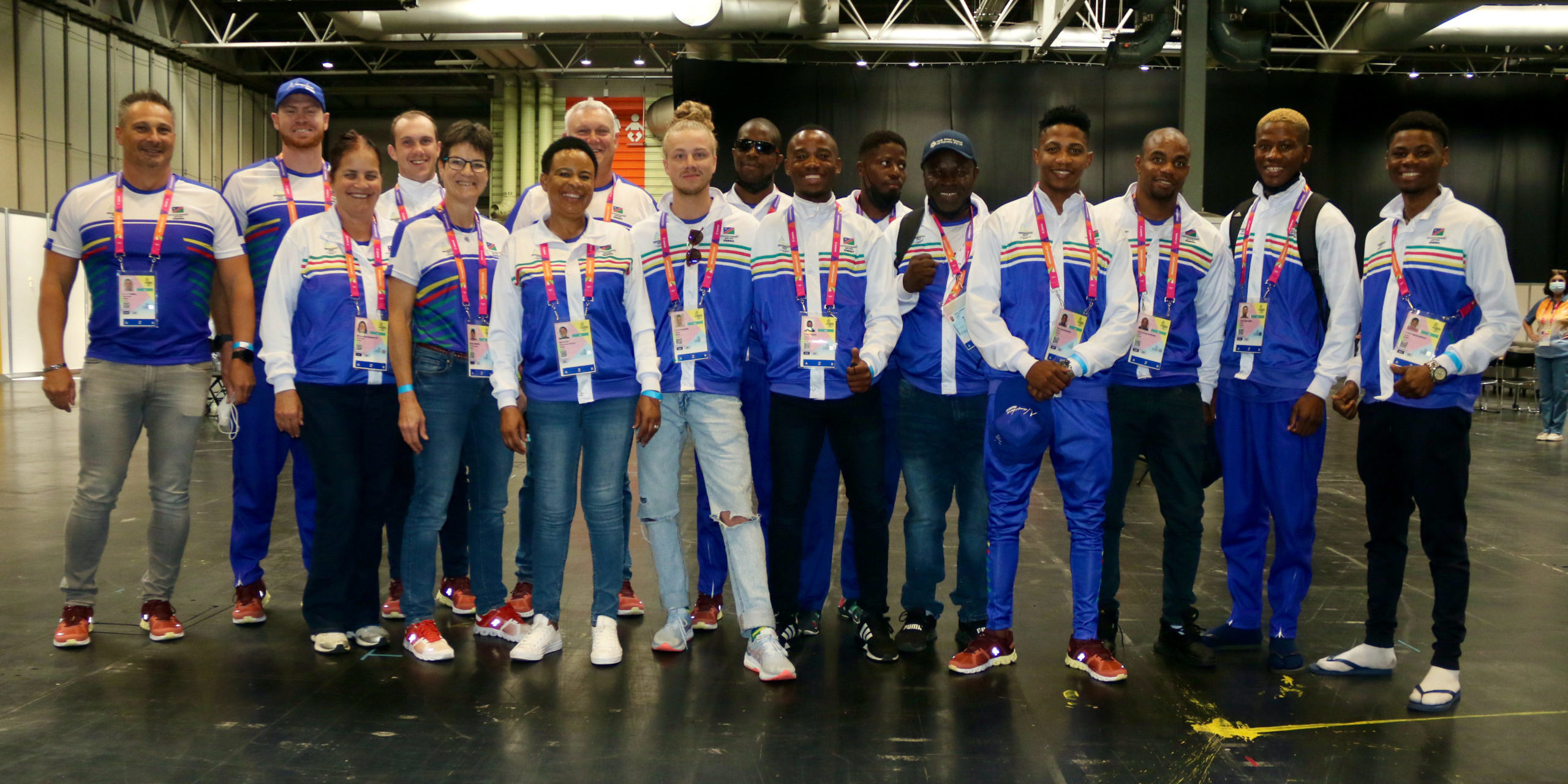 A group of nine athletes, a guide and team officials with a medical team arrived in Birmingham, England on Saturday morning ahead of the 2022 Commonwealth Games.
Namibian athletes will compete in athletics, para-athletics, cycling, boxing, lawn bowling, swimming, triathlon, wrestling and gymnastics at the competition that starts on Thursday, 28 July and ends Monday, 08 August.
Namibia has a team of 32 athletes, one guide, 22 officials and coaches. The last group of Namibian athletes are expected to travel to the games on 25 July 2022.
Speaking to Nampa on Saturday, lawn bowling team coach Freddie Fouche who is part of the first group said this year the Namibian Lawn Bowling team consists of two young stars who are the current African champions.
“The federation would want us to get a medal at these championships but for us, our goal is to go out there and be competitive. If we win a medal that will be a good thing, but what we want is to first compete well,” he said.
Bowler Cabous Olivier who will be making his second appearance at the Commonwealth Games said if they make it through the round stages to the playoff that will be great.
“What I learned from the first competition I played in is that these are huge games but I am now ready to be more competitive. I am mentally prepared compared to the first time I competed here,” said Olivier who added that as players they are physically ready to give it their all.
His teammate JP Fouche said competing at the Commonwealth is a great opportunity as every athlete wants to represent their country and despite this being his first Commonwealth Games he has prepared to give it his best.
At the 2018 Commonwealth Games held in Gold Coast, Australia, team Namibia finished 19th among 54 Commonwealth nations and 18 territories that competed at the event. Namibia won two gold medals, in marathon and boxing.