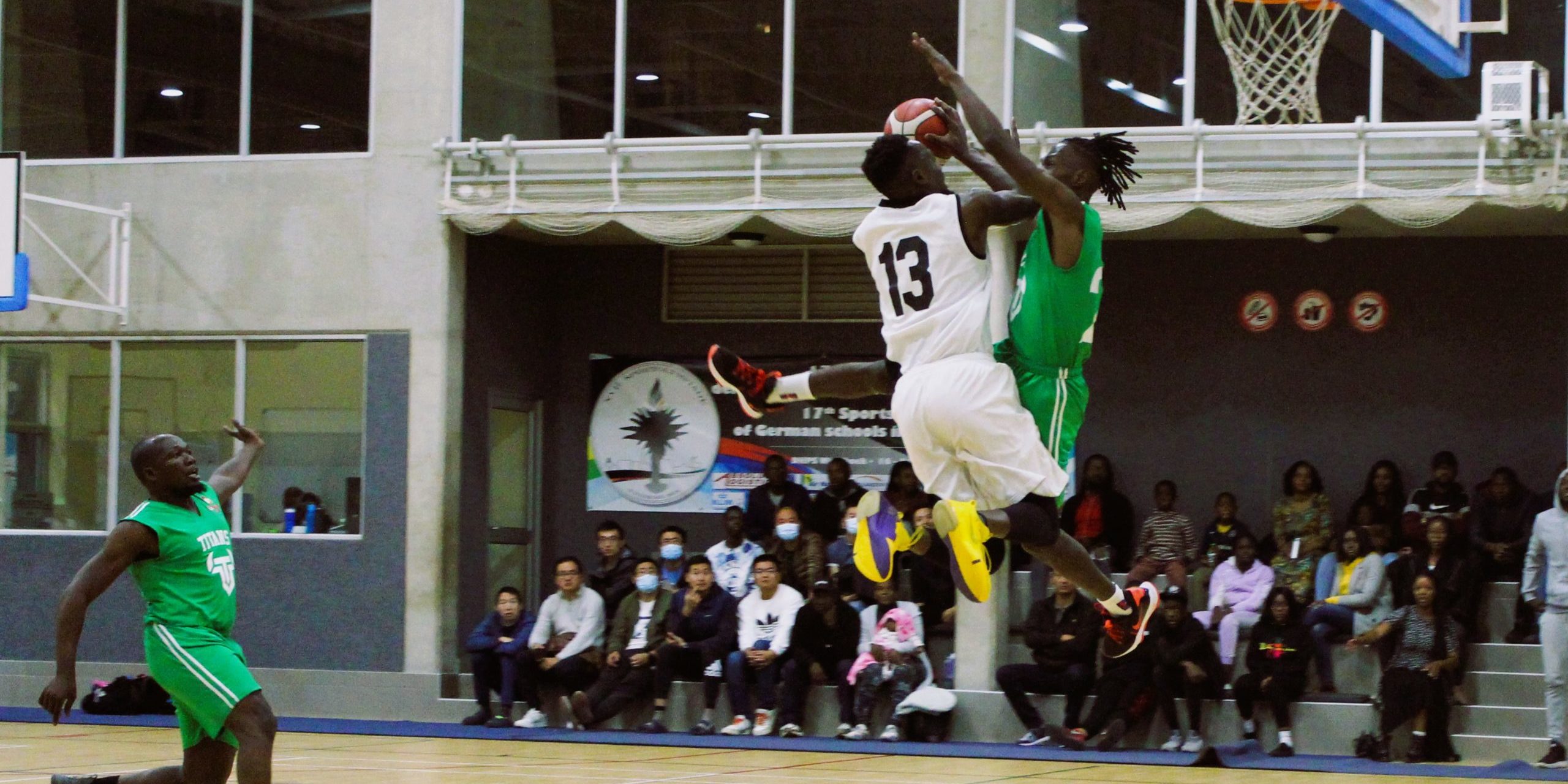 Titans withstood a massive wave of attack from University of Namibia (UNAM) Wolves to snatch a 65-64 victory in the semi-final of the 2022 Khomas Basketball Association (KBA) playoffs at Deutsche Höhere Privatschule (DHPS) in Windhoek Friday night.
The match which was well attended was a seesaw affair as both teams tried to outfox each other tactically and physically, but it was the Titans who came out tops.
Wolves started brightly and led the first quarter by 17-08 points before Titans clawed their way back by outscoring them 19-12 in the second quarter.
The third quarter was an even affair as both teams scored 19 points apiece before Titans outscored Wolves by 19-16 in the third quarter.
In what could be easily described as the final before the final, Wolves went into the last two minutes leading by a point (64-63) but Titans pushed hard and were rewarded with two points to take over the lead.
There was drama in the last 10 seconds of the match when Wolves’ Macbeth Kazeura attempted a three-pointer instead of driving into Titans’ defence to either score two points or draw a foul which would have resulted in two free shots.
His attempt failed and the Titans regained possession to claim victory.
Titans will now meet UNAM Rebels in the final after the latter overcame Afro Stars 78-48 in the second semi-final on Saturday.
Rebels outscored Afro Stars in the first three quarters 06-03, 11-7 and 12-06 before the fourth quarter was tied 10-all.
In the women’s playoffs, UNAM Phoenix overcame TBA Silverswords 85-27 to set up a final match clash with UNAM Sparks.
Sparks beat Quality Basketball Club 77-24.
The finals are pencilled in for 30 July at UN Plaza in Katutura.