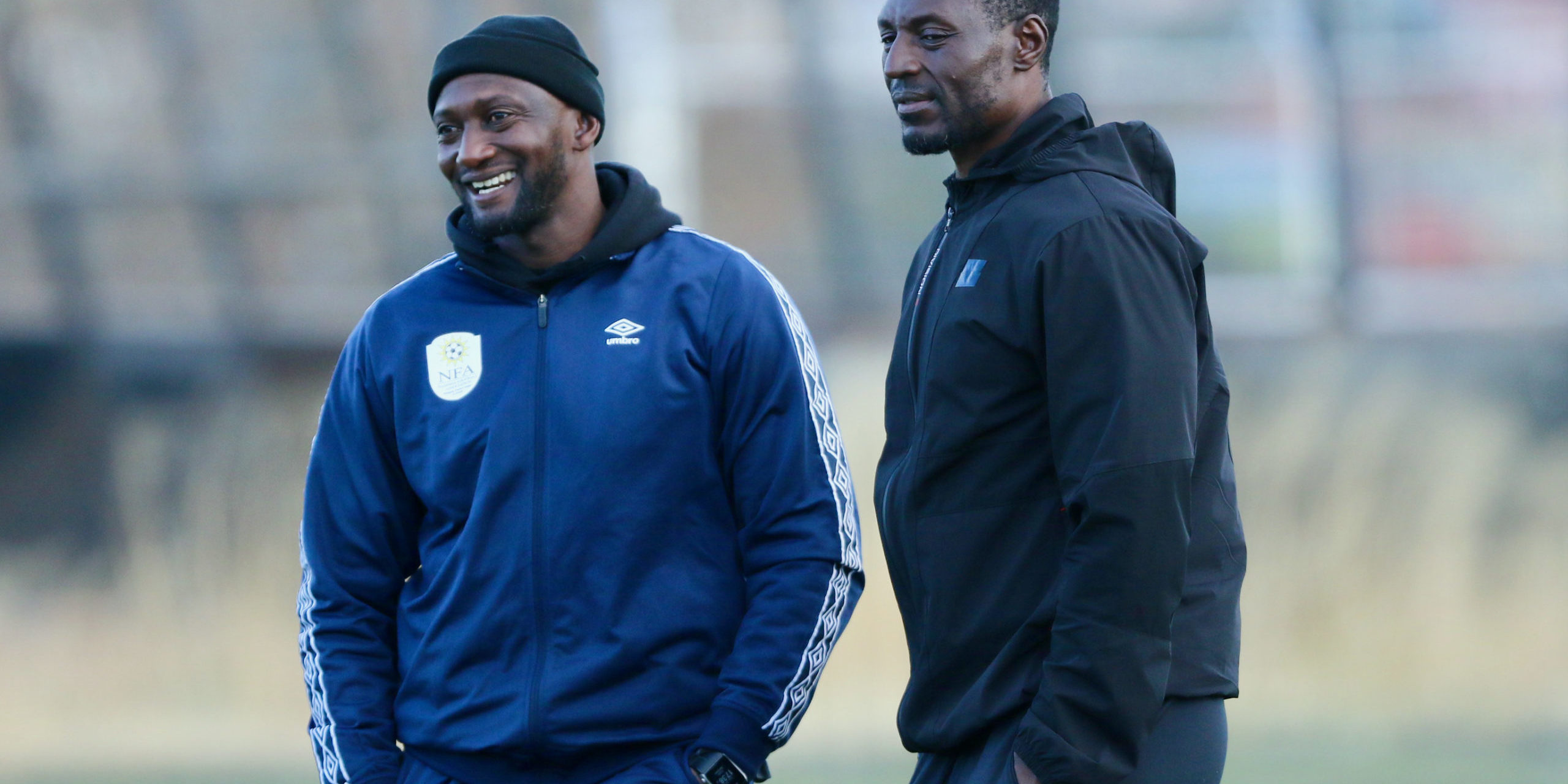 Brave Warriors head coach Collin Benjamin says preparations were key to his team’s performance at the just-ended Council of Southern Africa Football Associations (Cosafa) Cup.
Speaking to Nampa from Durban a day after losing 1-0 in the final to recording equaling six-time champions Zambia, Benjamin paid tribute to the Normalisation Committee (NC) at the Namibia Football Association (NFA) saying their support was invaluable.
“We maximised on the availability of players and the little time we had on our preparations. The high-performance centre in Pretoria also helped us focus on the task at hand away from everything back home,” Benjamin said.
In terms of their opponents at the tournament where Namibia joined at the quarterfinal stage, the former Brave Warriors captain said overall, they played good opponents and had to constantly change their approach based on their opponents.
Benjamin said his team was well organised with a certain zone which they call ‘the battle zone’, which made it difficult for the opponents to break his team down.
Namibia only conceded one goal in the final during extra time and goalkeeper Edward Maova was named goalkeeper of the tournament.
In terms of the lessons learnt, Benjamin said his team was losing too many balls which constantly put them under pressure.
“We do well to win balls, but the action after winning the ball always puts us under pressure. We need to get confidence to keep the ball for those five seconds so that others can get into positions and then we can circulate it. We also need to play the ball to the right people after winning it,” he explained.
Overall, Benjamin described the Cosafa tournament as a quality tournament which allowed Namibia to play three high-quality games in a space of a week, a situation that calls for high-level match fitness.
This, he said, requires players to constantly play competitive football, a situation that is presently not happening in Namibia.
The Namibian coach says two or three of the youngsters that he took to the tournament raised their hands to say they are ready to challenge established senior players for positions in the Brave Warriors.
“That gives us as a technical team hope. This was also the purpose of coming to Cosafa, to implement a few principles in the boys and they did it the way we wanted them to. It is a process and we have to be patient with them,” he said.
Benjamin gave eight players their debut with seven of them coming straight from junior football.
He added that as it stands, they have built short-term fitness, and it is now up to the technical team to continue with preparations for the Africa Cup of Nations qualifiers against Cameroon in September.
The Brave Warriors are expected to arrive in Namibia on Tuesday and supporters are invited to welcome the team back. Departure to the airport commences at 15h15 from the Football House on Tuesday.