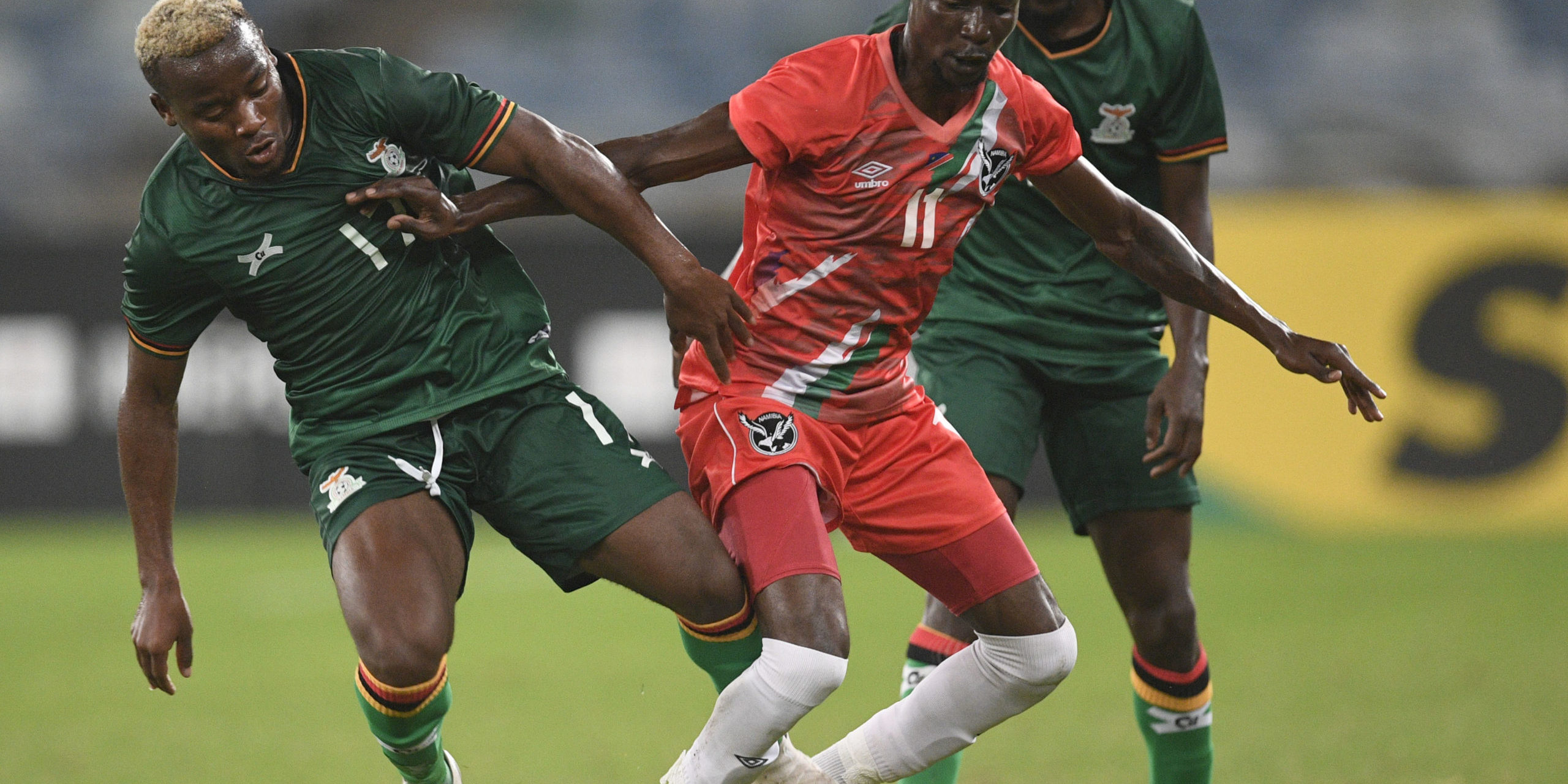 The Brave Warriors gallantly lost 1-0 to Zambia in the 2022 Council of Southern Africa Football Associations (Cosafa) Cup at Moses Mabhida Stadium in South Africa Sunday night.
Namibia started slowly with Zambia dominating possession, but grew in confidence as the match progressed.
It took Namibia 20 minutes to conjure their first shot at goal through Ivan Kamberipa who intercepted a loose ball in the middle of the park, before unleashing a shot which was well collected by the Zambian goalkeeper.
The two teams cancelled each other tactically, especially in the midfield, leaving the two sides tied 0-0 at halftime.
The second half saw Zambia peg Namibia in their half for most of the time but unable to create any meaningful chance to trouble the Brave Warriors.
Again, nothing much could separate the two teams as they failed to find the back of the net after 90 minutes.
In extra time, Namibia came out of the blocks stronger and dominated possession.
In the second minute of the extra time, the Brave Warriors created the first chance when Absalom Iimbondi’s shot from a free kick was parred onto the path of substitute Lucky Heita who shot over the bar with the goal yawning in front of him.
Namibia was to rue that missed opportunity as Zambia scored a wonder goal through Albert Kangwanda, whose deflected shot crashed against the upright before hitting the back of a diving Edward Maova before trickling into the back of the net.
Namibia’s coach Collin Benjamin was gracious in defeat, saying his team had given their all in the match.
“I am so proud of these players. I have an appetite for more, I want to work with them – there is something good brewing here. This is how Brave Warriors go down. There is something brewing here. We created a few chances, the killer instincts will come with time and patience,” he said.
He added that his defence played well conceding the only goal of the tournament in the final, while noting that they can always depend on the defence to win matches.
Maova was named goalkeeper of the tournament after keeping three clean sheets in regulation time.