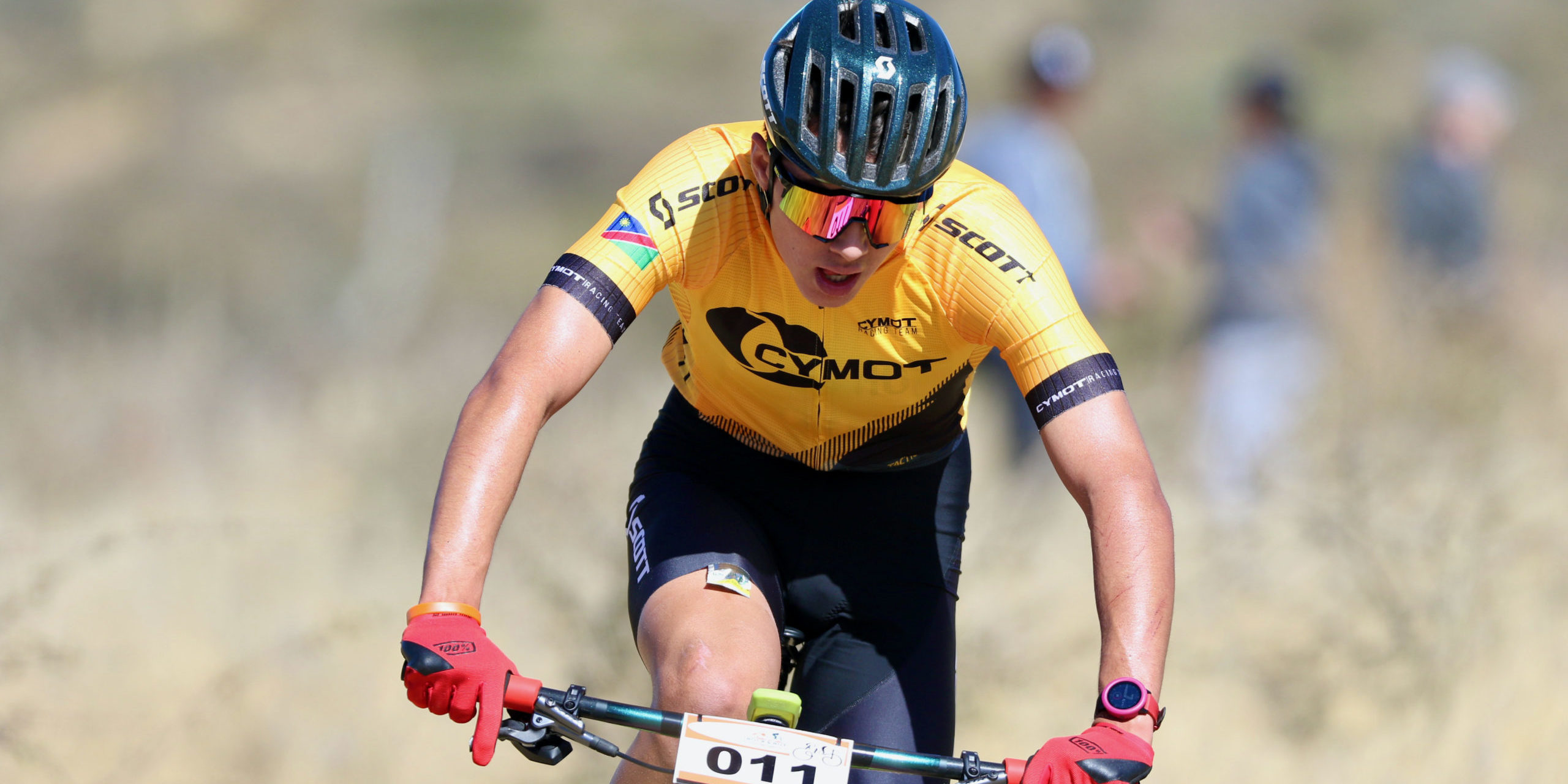 Namibian cyclist in the elite women’s category, Monique du Plessis, and under-23 rider in the men’s classification, Kevin Lowe, were on Saturday crowned winners of their respective categories at the Nedbank Rock and Rut Cross Country (XC) Championships.

The third edition of the Nedbank Rock and Rut XC Championships was held at the IJG tracks at Farm Waldorf in Windhoek.

Meanwhile, Du Plessis won the women’s category over six laps in 01:16:52, finishing just over two minutes ahead of compatriot Courtney Liebenberg (01:18:36) in second and while Luanne van der Schyff (01:24:27) in third.

In the elite men’s category, Xavier Papo won the race despite falling during the opening lap of the race and he finished seven laps ahead of Simon Johannes who recorded a time of 01:23:18.

Papo’s time could not be registered as he lost his tag during his crush on the first lap, while other elite riders Joubert Snyman and Heinrich Kohne found the going tough and failed to complete the race.

The sub-veteran women’s category was won by Lelani Swart, while Jean-Marie Mostert and Michelle Doman finished second and third respectively.