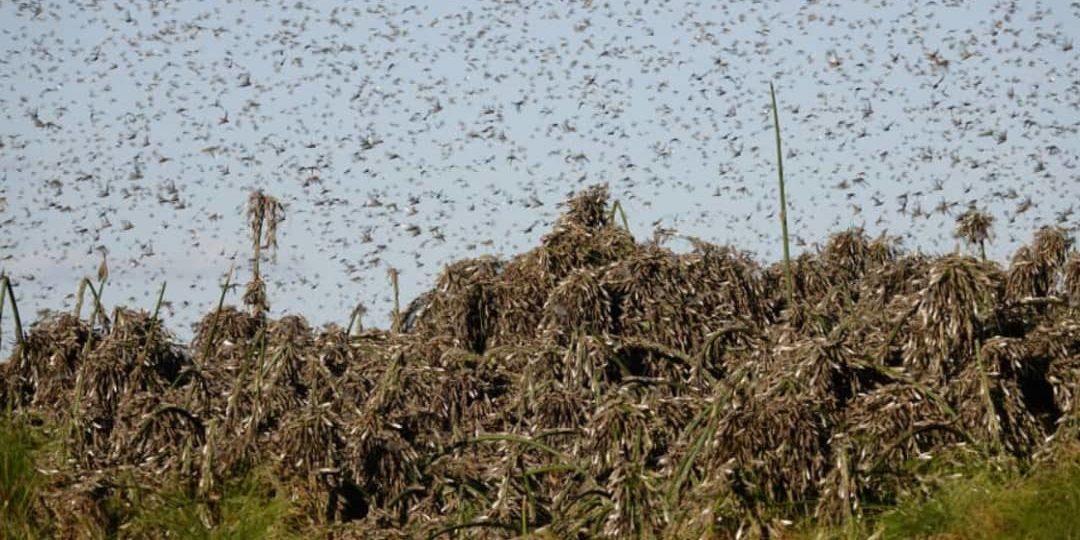 The Ministry of Agriculture, Water and Forestry has spent a total of N.dollars 14 million in combating the fourth wave of the brown locust outbreak in the ||Kharas Region.
Namibia is among the Southern African Development Community (SADC) countries that experienced the infestation of brown locusts (ocustana pardalina) during the 2021/2022 summer.
In a recent interview with Nampa recently, the ministry’s public relations officer, Jona Musheko, said a total surveyed area of 2.2 million hectares was infested, however only 1.2 million hectares was sprayed by both Government officials and farmers in the region.
“It is worth noting that it is very costly to control the locust outbreaks, given the resources needed. The region is a breeding zone for brown locusts, which means increased infestation. During the last fourth wave, the region experienced the flying swarms from neighboring countries and those which were sporadically hatching from various breeding areas,” he noted.
Musheko indicated that millions of hectares of grazing land had been damaged.
“However, the government currently does not have a special specific programme aimed at assisting farmers who are directly and indirectly affected by the locust infestation,” he said.
He further noted that the ministry continues with the surveillance and monitoring of the brown locusts and African Migratory locusts in all the 14 regions for timely response.
“The ministry continues with creating awareness about the identification and ecology of the locusts and other crop pests of economic importance to farmers on different radio stations and farmers meetings to ensure prompt response,” he noted.