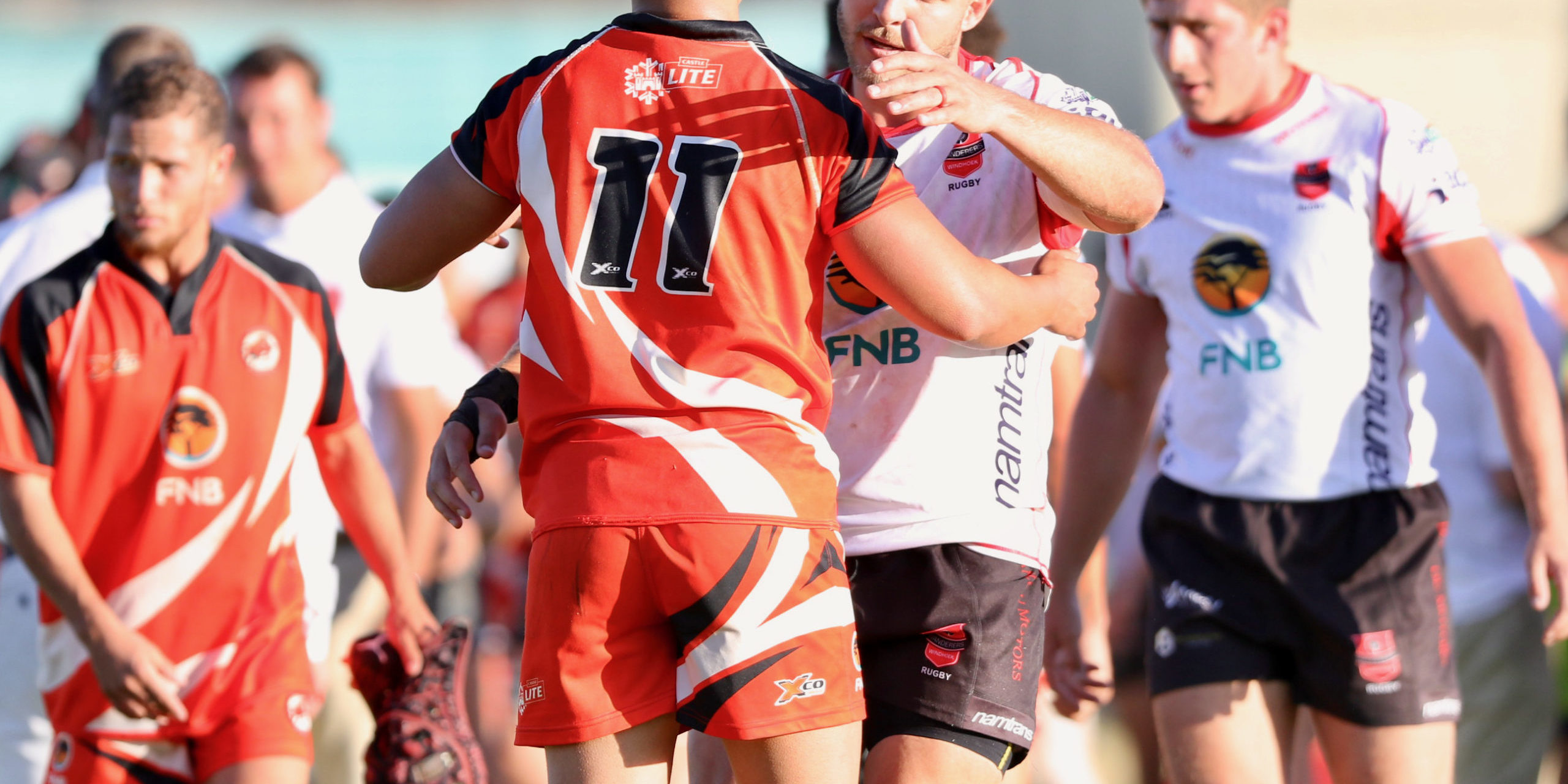 First National Bank (FNB) Wanderers beat their fierce rivals FNB United on Saturday at the United Trustco Sports field to go top of the Rugby Premier League table.
United who had found the going tough this season lost their match at home by a single point in the match that ended 28-27 in Wanderers’ favour.
The home team United started the match on the right foot as they took the lead as early as the 13th minute through the Cela Blaauw penalty. He then doubled the home team’s points with his second penalty in the 16th minute for a 6-0 lead.
Wanderers bounced back in the match in the 18th minute through a try by Ryan Coetzee but Denzo Bruwer missed the conversion as United remained in the lead with a 6-5 score.
In the 30th and 34th minutes, United ran in two more tries through Thomas Kal and Pieter Vuuren but Christopher Arnes only managed to convert once from the spot.
Arnes once again extended United’s lead in the 38th minute with his penalty kick which saw United ending the first half with a 21 to 5 lead.
The second half was all dedicated to Wanderers who came out firing on all cylinders as they managed to run in three more tries and converted only one of the tries, but they managed to collect nine more points from the three penalties they scored to pimp United of their win in the dying minutes of the match.
United led the match throughout and scored two more penalties in the second half and would have registered their second win of the season from the seven matches played thus far if they had not missed a penalty at the end of the match.
They are currently ranked seventh on seven points in an eight-team log.
Meanwhile, Wanderers’ win moved them to the top of the log on 30 points from an extra point they collected for scoring four tries.
FNB Kudus lost 36-26 against FNB Western Suburbs and are now second on 28 points.
UNAM who travelled away from home is third on 27 points after beating Grootfontein 17-30 at their home.
Other results on Saturday saw Rehoboth beat Reho Falcon 54-26 in the Rehoboth derby.