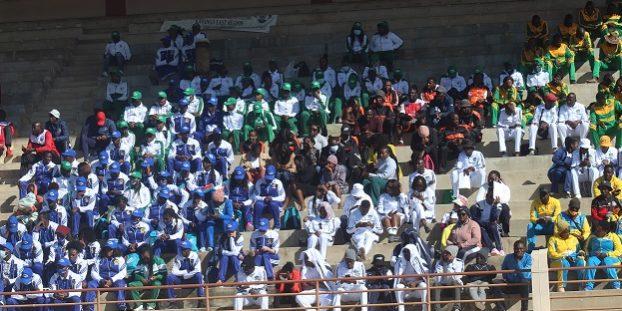 The Khomas and Zambezi regions on Thursday successfully defended their floating trophies at the Ministry of Education, Arts and Culture sports games which ended here on Thursday.
The annual education sports games are held for non-teaching staff members of the ministry’s 14 regional education directorates including the head office in Windhoek and NIED in Okahandja.
Khomas Region in the final soccer match with the Kavango West Region scored 3-0 in order to reclaim the soccer trophy they won in 2020 in Windhoek.
In the netball category, team Khomas defeated the Kavango East team to also reclaim their trophy, while the Zambezi Region successfully defeated host Otjozondjupa by 3-0 for it to also reclaim their volleyball trophy.
The final matches on Thursday were all played at the Paresis Sports Stadium in Otjiwarongo where the 2022 education sports games were officially launched on Monday morning by the Deputy Minister of Education, Arts and Culture, Faustina Caley.
Over 900 participants were involved in this year’s games with an objective to socialise, network, have fun and share the best office practices within the ministry, she said, adding that the games were started by the ministry in 2008.
All winning teams received medals.
The 2023 games will be held in Keetmanshoop in the ǁKaras Region.