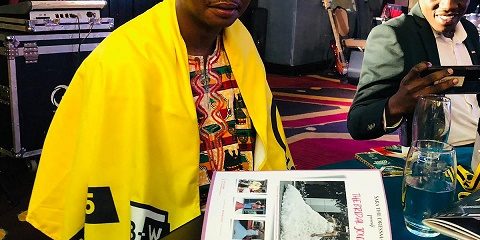 South Africa has been announced as the hosts of the 2023 edition of the Forty under 40 Africa Awards. Ghanaian based Xodus Communications, the owners and organisers of the continental showpiece, have granted Black-White Incorporated, the rights to host this prestigious event, in March 2023.

The hosting of these awards, in South Africa, will aid the country to reclaim its top spot as an idyllic events destination, on the African Continent. The Forty under 40 Africa Awards are a continental showpiece, that pits contenders from the rest of the Continent, drawn from various fields, i.e. Sport, Finance, IT, Community Development, etc, who are under the age of 40.

The President of Black-White Incorporated, Mr Nakedi Malahlela II, was nominated into the Sports Category of the 2022 edition, and upon winning the award, his team decided to place a bid, to have the awards hosted in South African.

A license has been granted, and this made BW Africa Practice, the first hosts of the awards outside the Republic of Ghana. The awards will be held on the last Saturday of March, 2023, and the Organisers are currently engaging with several host partners, to find a suitable venue for the awards.