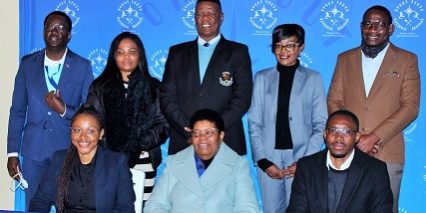 Minister of Sport, Youth and National Service Agnes Tjongarero has announced the appointment of an interim board for the Namibia Sports Commission (NSC) for the next six months.
Addressing a media conference in the capital on Thursday, Tjongarero said the term of the previous body ended on 31 May and currently, the NSC does not have a board to give policy direction because of the vacuum.
This has necessitated her ministry to appoint an interim board while the process of appointing a new board is ongoing in conjunction with the Ministry of Public Enterprises.
“The relationship between the old board and the minister was not good because of some issues especially lack of knowledge in legal papers such as the Sports Act and the Public Enterprise Act,” she said.
She urged the interim board to familiarise themselves with the two acts to avoid previous mistakes.
Tjongarero further explained that the Sports Act and the Public Enterprise Act are not speaking to each other, hence the need to appoint an interim board.
“The Sports Act says the minister can nominate half of the board while the Public Enterprise Act requires that four board member positions are advertised, and advertising these positions takes time, hence the decision to appoint the interim board,” she explained.
Tjongarero says the interim board and the two ministries will work together to appoint four board members while the rest (five) will be nominated by NSC-affiliated federations and approved by the minister.
She urged those already nominated by the federations not to apply when these positions are advertised.
The new board members are Simon Uirab, Adelheid Jacobs, Percy Xoagub, Turky Tiisa Shifotoka-Ndashiiva, Linekela Nanyeni, Monica Shapwa and Nicky Mbaimbai who will be the chairperson.
Meanwhile, Tjongarero refused to comment on the ongoing court cases between her and the former board and the acting chief administrator, Freddy Mwiya challenging their dismissals, saying those cases are sub judice.