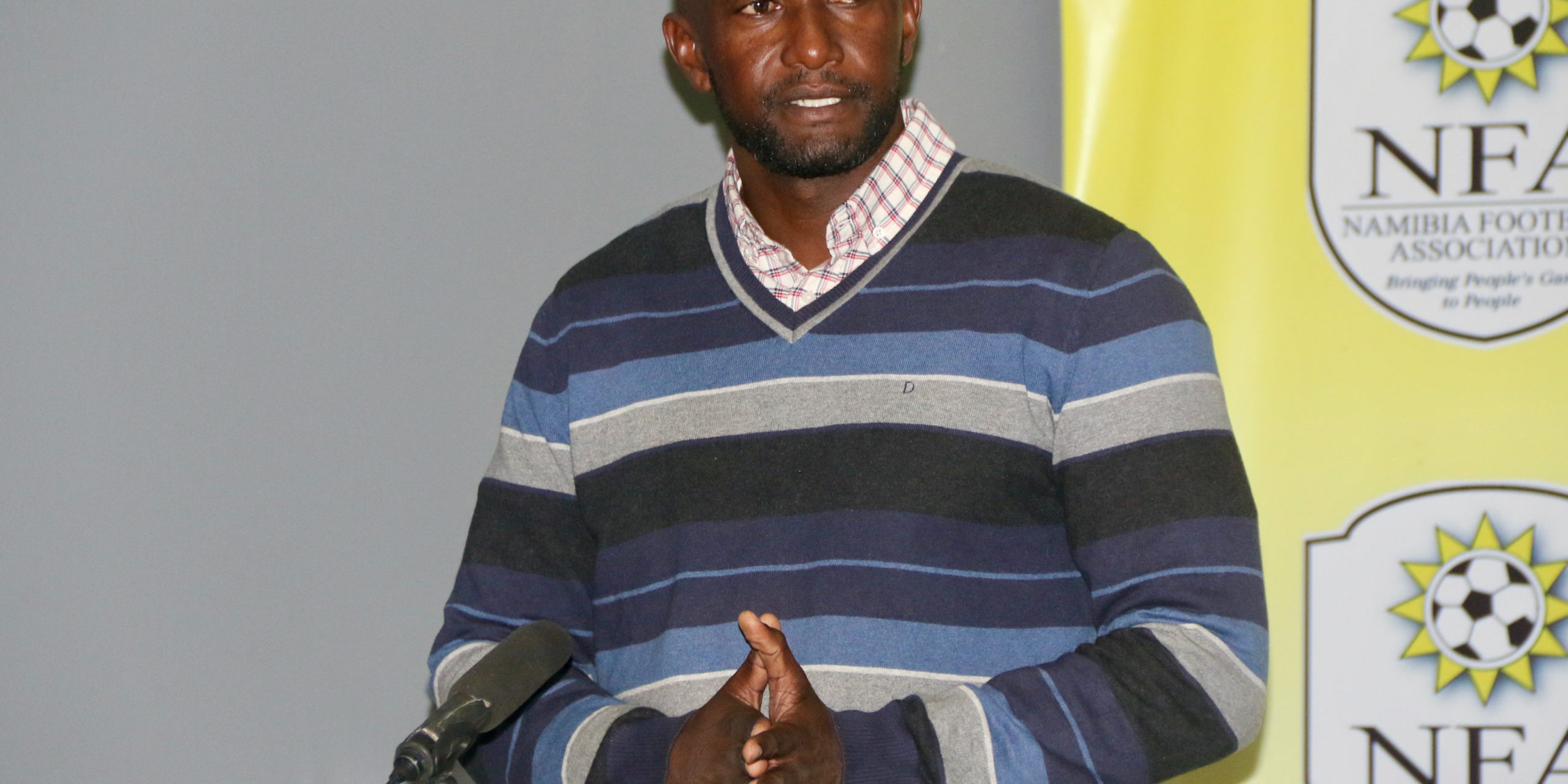 Former national senior football team second assistant coach Collin Benjamin has been appointed as the new head coach of the Brave Warriors on a five-year contract.
The national senior team has been without a full-time coach since Ricardo Mannetti’s contract came to an end in 2019 at the end of the African Nations Cup (AFCON).
Bobby Samaria was then tasked with the caretaker coaching job until a substantial coach was hired.
Chairperson of the Namibia Football Association (NFA) Normalisation Committee, Bisey Uirab on Tuesday told the media the committee has been tasked to normalise football in the country and appointing a full-time coach is one way of beginning to do so.
“After considering what we found on the table, Benjamin came out as the second candidate from the interviewing processes that were held. He was second behind a foreign coach but through the reports and recommendations the Normalisation Committee decided that Benjamin is the rightful candidate who has contributed significantly as a coach internationally and nationally,” said Uirab.
Benjamin who coached the team alongside Mannetti and Ronny Kanalelo has been tasked to qualify for the 2023 African Nations Cup (AFCON), and win the upcoming Council of Southern Africa Football Associations (COSAFA) Cup that will be held in Durban in July as well as build a team for the 2027 AFCON qualifiers.
Uirab added that Benjamin who has a five-year contract has the right to choose his technical team which will only be paid per game basis by the NFA.
Addressing the media Benjamin said he was happy to be tasked with the duties of head coach of the senior national football team.
“At the moment we don’t have a league and we must try by all means to have players actively involved in football, but for now we are going to try and work with players that have the most hunger,” said Benjamin who added that some of the players have been in the national team for a while and their mentality needs to change if they are to contribute positively towards the team’s success.
Benjamin’s first task will be the COSAFA Cup from 05 to 17 July 2022 in Durban, South Africa where Namibia will take on Madagascar in the quarter-finals of the competition.