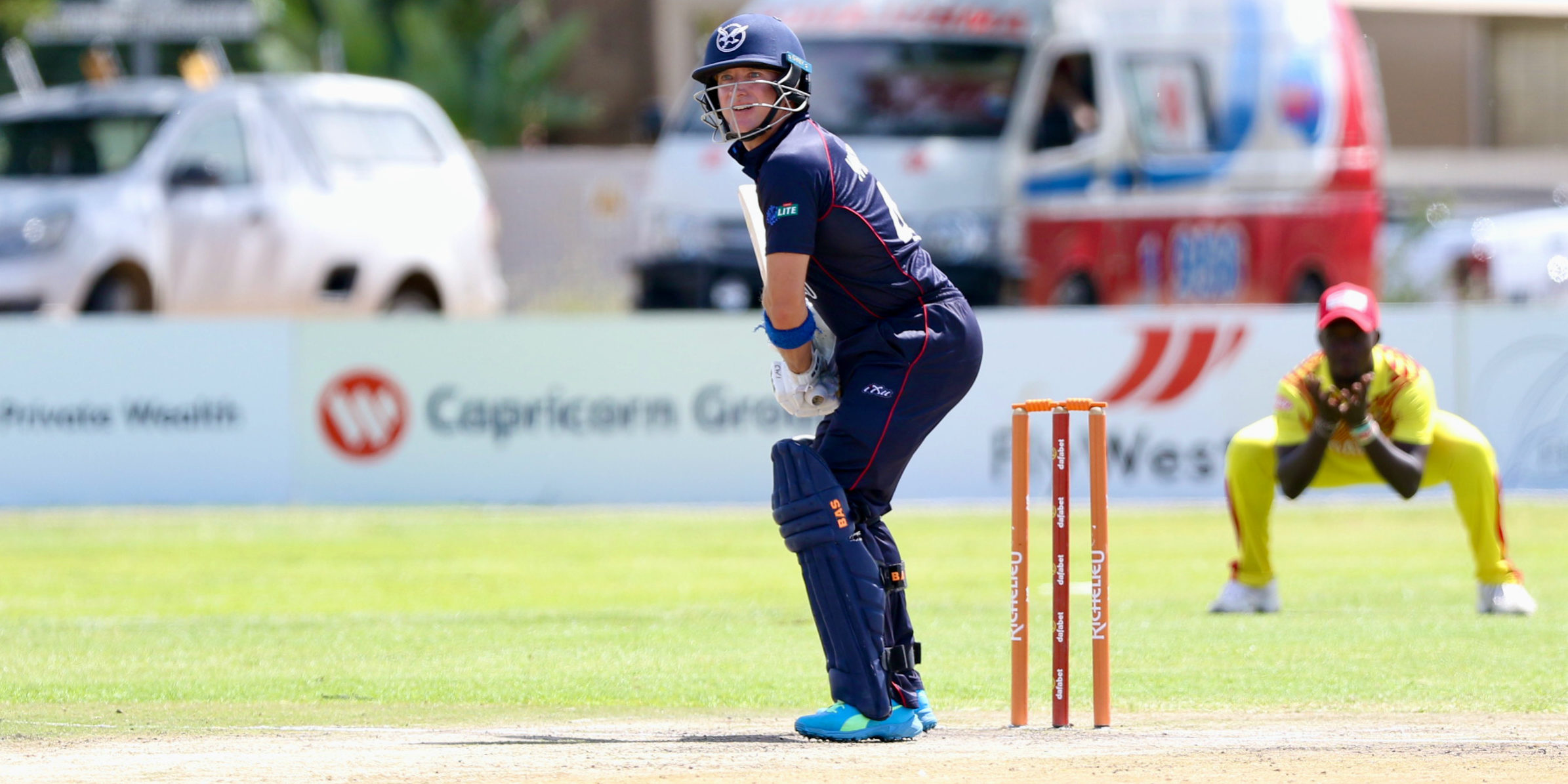 Senior national cricket team assistant coach, Justin Kemp, has said the Eagles’ performance during the just ended three-match series against Hong Kong proves that the country can compete at a higher level.
Kemp, who was speaking on Sunday at the Trustco United Cricket Ground after the Eagles completed a 3-0 series victory over Hong Kong, said he was impressed by the performance of the players, especially the batting, highlighting the team’s delight at Lohan Louwrens’ achievement of getting 111 runs from 115 balls as Namibia won the final match by seven wickets.
“Today was pleasing. The batting performance was very good. The partnership between Lohan and Zhane (Green) took us over the line. We could have been a bit better on the fields (fielding). It has been our theme to push the bar a little bit high,” he said.
His views were echoed by team captain, Gerhard Erasmus, who said playing Hong Kong matches gave the team opportunities to play competitive 50-over matches and allow fringe players to prove themselves and claim a spot in the starting line-up.
“The main goal was to prepare for Scotland in similar conditions. This pitch is similar to what we can find over there. I am delighted that a few players raised their hands to cement their places in the team. Lohan has shown that he can perform consistently as a top-three order batsman,” Erasmus said.
Kemp revealed that there are a few soft tissue injuries from some players but the main worry was Johannes Smit, whose injuries seemed a bit worse, but they will assess him before the team departs for Scotland, where they will participate in another three match series.
On Sunday, Namibia defeated Hong Kong by seven runs after sending the visitors to bat first and post 222/7 in 50 overs.
Namibia responded by scoring 226/4 in 38.4 overs.
Namibia is scheduled to travel to Scotland on 07 July, before playing their first match against Nepal on 11 July.
They will then play Scotland on 13 July, before facing Nepal on 16 July in their final match of the tri-nations series.